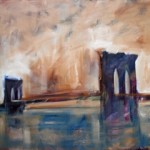 Patrick Madden, a New York City and Staatsburg, New York based painter, will have his first Brooklyn show starting December 15 at Make a Frame, 180 Atlantic Avenue. Madden has previously had one-man shows in San Francisco, Istanbul, and New York City. Madden says, about his work, ““My aim is to make an emotionally accurate depiction of a moment. What did that moment feel like? When I paint the Brooklyn Bridge, I think of all the things I feel about her — what I feel about Brooklyn, the men who built that bridge, my cab rides home, the walk that night. I want a physically accurate jumping off point–something recognizable, something that Roebling would agree with–and then motion. A representation in the paint and the colors of how I feel–all the things I feel–about that bridge.”

The show will remain up until December 20. Make a Frame and Gates-Anderson Company are hosting an opening reception on December 15 from 6-8 pm.  RSVP to Caroline Anderson at caroline@gates-anderson.com. 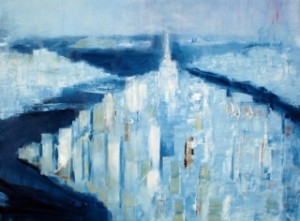 Say No to Improv Everywhere’s No Pants Subway Ride