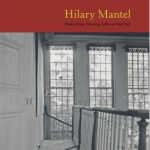 The completely mad are different from you and me. Or, maybe not: they have hopes and dreams and lives. When Muriel Axon, who we know (but the authorities do not) has murdered both her baby and her mother arrives at an institution after her mother’s death, one of the residents asks her if she’s mad or stupid. Both, she answers. But Hilary Mantel ultimately settles on another word to describe Muriel, whose true character she unveils slowly in the course of her wickedly funny social satire “Vacant Possession.”

Suzanne Sidney, 18 year old daughter of Colin and Sylvia, is pregnant. Her amour is Jim Ryan, husband of Isabel Field, who was once the lover of Colin Sidney. The Sidneys have bought Muriel’s former house, even though they know, since it is around the corner from Colin’s mother’s house (now occupied by Colin’s sister Florence), that it was not a happy home. Old Mrs. Sidney is in an old people’s home. Mr. Field, Isabel’s father who, it might as well be said, was the father of Muriel’s baby, is in the same home. When I thought about the story, I was irresistibly reminded of this song by Tom Lehrer, except that the pathology here is mental.

Deinstitutionalization sets the plot in motion. Muriel feels that she needs to be repaid for the loss of her house and her baby, and while she may claim to be stupid, she’s as canny as a fox. Settled in an apartment above a grocery store she borrows the characters, if not quite the identities, of people she has come across. To her landlord, an immigrant of uncertain extraction, she is Mrs. Wilmot. To the Sidneys, whose twice-weekly cleaner she has become, she is Lizzie Blank. (Her landlord sees her once as Lizzie and takes her for a prostitute.) Muriel makes herself a canvas where she can paint the expressions she has observed others use.

Muriel is not the only character struggling to keep things from falling apart. Suzanne expects Jim to leave his wife and marry her; when that does not happen she ditches her parents. The only person she trusts is Lizzie. Mrs. Sidney wakes up from her stupor and recovers enough to be sent home. The only person who can bear to be with her is Lizzie, much to relief of Colin, Sylvia, and Florence. Old Mrs. Sidney recognizes Lizzie as Muriel, but no one takes her seriously. Colin is convinced Sylvia wants to leave him for the vicar, though eventually they reconcile, and having decided to move, start working together again.

Mantel uses the book to explore our relationships with each other, with our houses, and with time. In a way, these relationships define us. In another, they control us. So when they are ended, by ourselves, or by circumstance, who is released? In the nicely ambiguous final section Mantel rearranges everything. If you have theories about the ending please share them in the comments.