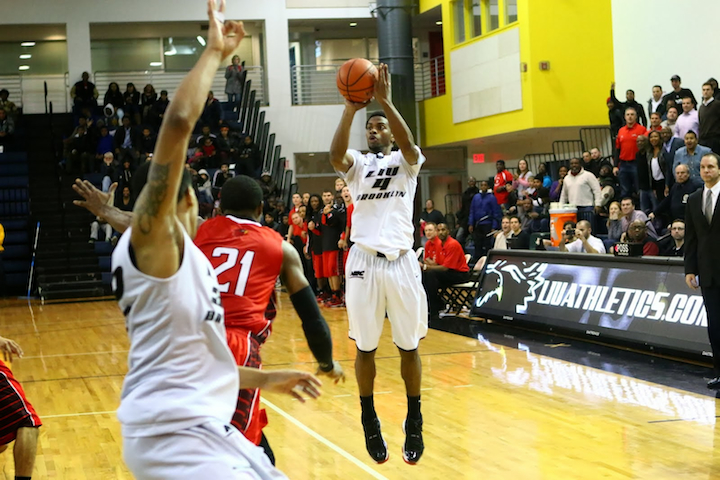 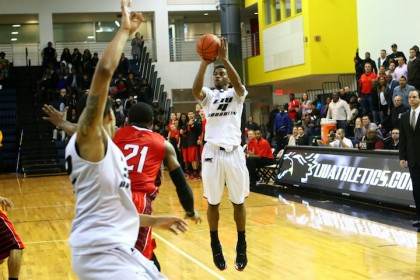 Sports guy Michael Randazzo is courtside with a report about college hoops.

On Wednesday night at LIU’s Steinberg Wellness Center, Blackbird junior guard Gerrell Martin knocked down the winning basket with less then a second on the clock to beat Lamar by 82-79.

The following evening, after a long range three by Lafayette’s Bryce Scott knotted the score at 62, St. Francis senior guard Alex Isailovic returned the favor, hitting the game winner with .07 ticks remaining to send the crowd at the Generoso Pope Center into spasms of joy.

In an equally unlikely occurrence, at the microphone for both games was David Freeman, who has called LIU home games since 2002 and just happened to be filling in on Thursday for Jaden Daly, St. Francis’s regular PA announcer.

According to Freeman, the probability of teams winning back-to-back games in such unlikely fashion is hard to comprehend.

“Never heard of such a thing,” explained Freeman, who has announced local sporting events for the past 13 years. “The thing I can say about it is that the two of them [games] were as completely opposite as you could expect—yet on the same token, they were both buzzer-beaters for the home team to win. That’s unexplainable.

“With Brickman on the floor, you feel like they can score at anytime, because he’s going to find a way to get the ball to the right people,” said Freeman. “I was sitting directly behind Martin. The minute he got that ball and it left his hand, I knew it was good.“

“They [the Terriers] had really struggled the whole game, so I was thinking they would play for the tie,” Freeman said. “When [Isailovic] put the ball up with seconds left it was ‘I hope there’s not enough time for the rebound to get picked up.’ And then you realize that the shot was good. It was really surprising to me.”

The Blackbirds and the Terriers face each other twice in 2014: on January 9th at the Pope Center, and on February 16th at Barclays Center, which will be the site for the annual Battle of Brooklyn

Given past exploits, there’s no telling what might happen when these two cardiac causing teams collide.

“Both those teams take this game very seriously,” said Freeman, who in his role as Barclays’ college basketball announcer will call February’s game. “I’m not aware that there are any two Division 1 schools in the country that can walk to each other’s campus from a few blocks away.”

“To think that two big rivals could have that [a buzzer-beating basket] happen to them is absolutely possible—[but] it’d be even more ridiculous if it could happen again.”