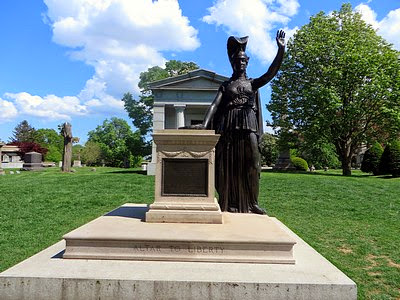 Last week my wife and I, along with a friend, took a tour of some of the more impressive mausoleums in Brooklyn’s Green-Wood Cemetery. Following the guided tour, about which I’ll be blogging more in the near future, the three of us went to Battle Hill, the highest point in the cemetery grounds (indeed, the highest natural point in Brooklyn. It was the site of an important engagement in the Battle of Brooklyn (sometimes called the Battle of Long Island, as the area in which the fighting took place was not yet part of Brooklyn). The battle was the first engagement of George Washington’s Continental Army against the Royal Army, and was a defeat for the Americans. It could have spelled the end for the young Revolution, but for some heroic rear guard actions, including that at Battle Hill, and a stroke of luck, in the form of bad weather, that allowed what remained of Washington’s forces to retreat from what is now my neighborhood to Manhattan, then to New Jersey, then to Valley Forge, Pennsylvania, where they endured a harsh winter before re-crossing the Delaware and enjoying their first victories at Trenton and Princeton.

The monument in the photo above is topped by a statue of Minerva,”the Roman goddess of battle and protector of civilization.” She faces toward, and waves to, the Statue of Liberty, which can be seen from Battle Hill. On the face of the base below the statue are the words, “Altar to Liberty.” The mausoleum behind belongs to the family of Charles Higgins, the ink manufacturer who funded the monument. 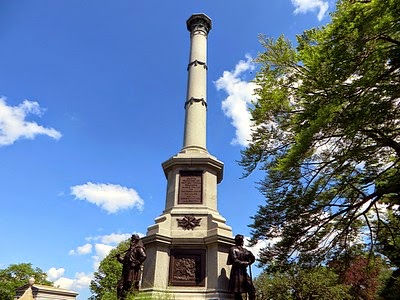 There is also a Civil War monument (photo above) on Battle Hill. 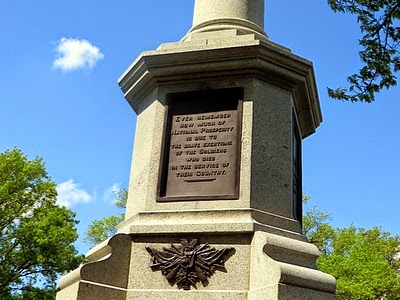 The plaque on this face of the monument has the words:

Ever remember how much of National Prosperity is due to the brave exertions of the Soldiers who died in the service of their Country.

ReBar Owner Jason Stevens Has His Day in Court Surrounded by Angry Brides, Hecklers and Media

Tell the Bartender Episode 35: Caught In The Act