All good revolutions start in the suburbs, everyone knows that.

Do you think cultural change just emerges, whole and ripe, on the Bowery or London Soho?

The grim, groaning years of childhood, formed in towns colored maple rust and tudor brown, create revolution; wide middle school hallways, full of unloving chants and spit and tears, form rebels; lunchrooms loud with the taunting echoes of social insults and the hiss of hopeless love, this is the womb of cultural change; in the too-tall clack-clack echoing consumer cages of malls, full of unreturned glances from dead-eyed princesses, the princes of punks are born.

We are all the Ramones in Forest Hills, we are all Allen Ginsberg in Patterson, we are all Siouxsie Sioux in Bromley, we are all Kurt Cobain in Aberdeen, we all see the shaded silhouette of the glittering kingdom of the City from our bedroom windows, we dream we belong there; then the dream transmigrates into the only excepted reality: we soon say that the real unreality is our life in the railroad towns under the roofs of the parents we idiotically swear we will never be; our reality, we are sure, lies, awake until dawn, in the city that awaits us, needs us, will embrace us.  We are all Bob Dylan in Hibbing, Louise Brooks in Cherryvale, Kansas, Lou Reed in Freeport, Long Island, Bruce Springsteen in Long Branch, New Jersey…

And Jack Rabid and Dave Stein in Summit, New Jersey. 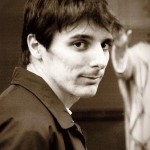 I knew of Summit before I ever knew of Jack Rabid, who would grow to love punk rock as no other man I ever knew.  I had read somewhere that the Velvet Underground played their very first show there, before some very confused high school students on November 11, 1965.  But mostly I knew Summit as the place that formed Jack, and from which he fled while still in High School (as I ran from Great Neck when I was also “only” a High School student).  Jack, like me, followed a compass that only pointed in one direction, towards The City, the only conceivable city.  Jack, like me, loved the city as he had loved no other, no creature of flesh, no baby-faced ball player, no shadow-making pile of non-city brick.  Jack, like I, learned that the streets of the city (especially its’ feral and dark downtown, bruised and sibilant with sirens in those bashed, dime-bag hollering Beame times, where smoke piped from Garbage Cans and thumping cars cruised slow down lettered-streets and the darkness of the late ‘70s bought the chill of fear and the warmth of hope), were ALIVE with the roar of music and the clumpy-thumps of blue suede creepers, and the naked streetlights spit sparks off of hair dyed lipstick red, and the vodka in the Holiday tasted sharp and cheap but provided courage to talk to perfect girls wearing long-white shirts over tights, provided courage to walk back to the slanting radiator-hissing horror-towers we called home, provided courage to get up on stage and make noise, like we were born to do in the city. 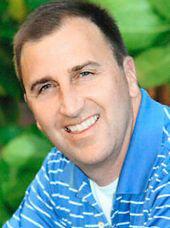 I write these words in tribute to a King of The Suburb-Abandoned City Dream:  His name was Dave Stein, and he was my friend Jack Rabid’s best friend, and he and Jack invented each other in the cruel schools of Summit and found a city where they would be Kings and discovered a music, the rapid and cool collapsing and rising roar of Anglo-American punk rock, to be the soundtrack of their rise from the dull overlands of the suburbs to the magical mole-lands of Manhattan.  Jack was a huge part of helping me find and define who I am, and Dave Stein played an enormous part in helping Jack uncover the true identity he suspected while still a rat in a rat-hating suburb, and that he confirmed when he came to the Kingdom of Outsiders.  And even if I only knew Dave just a little – he was a brilliant guitarist and had a smile sharp enough to crack cocoanuts – he meant a great deal of me, because he meant a great deal to Jack, and the two of them, together, created a wondrous magazine 35 years ago that still lives today, The Big Takeover, a journal that loves music and the people who make it.

I hope Dave finds peace.  He was loved.  He left this incarnation, into adventures unknown or no adventures at all, this past Thursday.

Bach in the Heights Returns