I’ve read the data: my readers respond when I insult icons, dissect shabby and rotting pop phenomena, or reel off subjective but very vocal ‘best of’ lists.  So, as much as I enjoy tumbling into great downy word-beds influenced by Ginsberg, Pound, and Joseph Mitchell, today I am giving the people what they want:  I’m going to list some of my favorite (and least favorite) rock-type things, culminating in the crowning of The World’s Douchiest Artist.

Now, let me note this list is ENTIRELY SUBJECTIVE and completely based on my personal experience, and I make ZERO claims otherwise. When I list my favorite songs, shows, or records, I recognize that my world-view is relatively limited; for instance, I don’t know very much about jazz, so Oscar Peterson or Keith Jarrett or even Miles could have made something that would shake my musical foundations to their very core, but I was too busy listening to Hawkwind, Fu Manchu or the Kinks to discover it.

So as you go on this little journey with me, remember that I’m not pretending any of this is absolute (though a lot of it probably is).

What was THE best show I ever saw?  If I could go back in time and see ONE band on ONE night again, who would it be?  Easy.  Hanoi Rocks.  At Danceateria in 1983, I saw them define soaring, leaping, splitting, snarling, rock’n’roll; they combined thirty years worth of rock memes into one glitter-metal-punktastic night, taking the most acrobatic, cartoonish, and extreme aspects of the Who, Stooges, Dolls, and Damned and blending it (literally) perfectly into one loud, tight/loose, hissing, sassy, sashaying beast of PURE JOY.   Honorable mention:  The Clash (any/every show I saw ’79 – ’83), Stiff Little Fingers (1980), and R.E.M. circa ‘82/’83.

What was THE live performance that turned me into a Puddle on the Floor and Changed My Life? Young Marble Giants at Hurrah in NYC in November 1980.  The show was an exhilarating master class in expanding the possibilities inherent in a rock combo; these three unassuming, pale people walked on stage and introduced to me the idea that quiet and shocking, hushed and gigantic were compatible.  YMG were a tsunami of tension wrapped in beauty, punk rock power tucked in a pocket of a cloud.

Hey, I was at this show. 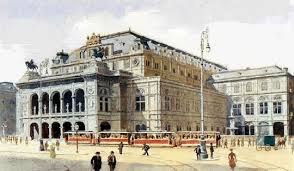 This painting by Hitler instantly brings to mind “Karn Evil 9″ by ELP, obviously.

What is the Worst Song of the Rock Era?  (N.B., the work of any and all jam bands is exempt, for reasons I explain here)  Recently, a friend was attempting to explain to me that the loathsome, artistically venal and conceptually corrupt ELP were not all bad, and they directed me to the songs “Lucky Man” and “Hoedown.”  I explained the following:  Hitler was a pretty decent landscape painter, but that hardly matters, does it?  Now, let’s assume “Lucky Man” is a reasonably charming painting of the Vienna Opera House. “Karn Evil 9” is the London Blitz.  46,000 civilian dead.  Does one nice watercolor make me forget 46,000 civilian dead?  No, I don’t think so.

If I had only ONE song to listen to for the rest of my life, What would it be? “Hallogallo” by Neu! (please note, as always, the exclamation point is part of the name).  The first track off of Neu!’s first album consolidates the spacious, gorgeous, revolutionary open-mindedness of Krautrock, the nearly-sinister power and maxi-minimalism of the Velvet Underground, the lessons of 20th Century avant-garde composition (like LaMonte Young, Schoenberg, Cage, Reich, Riley, etcetera), the wah-joy heaviness of Hendrix, and A LOT OF DRUGS into one EXTRAORDINARY song.  In addition, EVERY musician should be COMPELLED to listen to “Hallogallo” – it is an extraordinary lesson in harmony, power, and patience, and it serves as a sweet, sweeping enema for all bad musical habits.  Honorable mention:  Nothing.  “Hallogallo” is THE BOMB, figuratively and literally.

The Three Albums You Must Own:  Pet Sounds by the Beach Boys, Metal Box/Second Edition by PiL, and Ramones by The Ramones.  Each of these are aesthetically nearly perfect, conceptually extraordinary, monstrously influential, and of unquestionable historic value. Honorary Mention:  The Beatles by The Beatles (The White Album).

I know what you’re thinking at this point:  “Tim, I have always been confused by the fact that during the Civil War there were Slave-Owning states that REMAINED part of the Union.  I mean, Tim, we were always told that the Civil War was this slave vs. non-slave kind of thing.  So are you telling me that Lincoln and his honchos actually ALLOWED states where slavery was still LEGAL to stay in the Union?”  Why, yes, that’s true.  The CSA was made up only of stated that SECEDED from the Union; if you were a state where slavery was LEGAL but you DIDN’T join the Confederacy and stayed in the Union, Lincoln and the U.S.A. was perfectly happy to have you.  HISTORY IS FULL OF GRAY AREAS, you see.  Remember that. 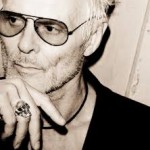 Who is The Nicest Rock Guy Ever?  Easy.  Michael Des Barres.  Not only is he one very talented and charismatic dude (and, if you recall, his song “Grim Reaper” landed in my ten-greatest riffs of all time list), he is also consistently kind and gracious without being superficial and patronizing, and he makes every fan feel like a friend.  Everyone in the freaking business should learn from him; being nice in no way compromises the intensity of your work or your ability to be deeply artistic or rocking.

Finally, Who is the Douchiest Artist of All Time?

Once again, I issue the caveat a) that this just reflects personal experience and b) I never personally interacted with either Paul Simon or Lou Reed, both of whom, I understand, are likely candidates for this honor.  Having said that…

The Douchiest Artist I ever met was Black Rebel Motorcycle Club.  I present this honor without comment, other than to say the singer was okay, kind-of.  Runner-ups are Jesus and Mary Chain and Ric Ocasek. 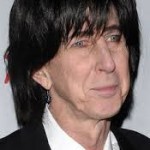 This guy was unnecessarily a rude prick to a 16 year-old fan 37 years ago and I have never forgotten.

I want to say a few words about Ric Ocasek, because there’s a lesson in there that I never, ever forgot:  I encountered Ric Ocasek when I was a wide-eyed 16 year-old.  And he was a total dick to me, for no discernible reason.  And I have never, ever forgotten the fact that a “rock star” would actually make the effort to be rude to an excited young fan.  A musician – either in a live situation or off-stage – has only one chance to make a first impression on a fan/listener, and the impression you make will stay with them for life.  Most of the people you meet and most of the people who see your band will only see your band that one time. So never throw away a show, never be rude to someone who just wants to acknowledge that they enjoy their work.  I mean, of course this doesn’t apply to stalkers or people who interrupt you during meals or personal conversations.  But you get the idea.