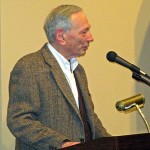 Long time Brooklyn Heights resident and preservationist Martin L. Schneider has written an open letter to NYS Senator Daniel Squadron regarding the Brooklyn Public Library’s plan – and the BHA’s tacit approval – to sell the Brooklyn Heights library building. In short, the plan is to sell the building and a new library would be built into a much larger, mixed use structure.

Scheider literally wrote the book about the landmarking of Brooklyn Heights and as one of the founders of CCIC and later a governor of the Brooklyn Heights Association he’s uniquely qualified to present this concise and pointed argument to Squadron:

As a former long-time Governor of the Brooklyn Heights Assn. I am dismayed at their passive acceptance of the plan to sell of the 1962 Branch Library building for what amounts to a quick fix for the on-going budgetary needs of the main library. This is wrong on many counts, one of which is the fact that that fine small building— capacious for local library purposes— was built on property acquired under the Urban Renewal Title One act by right of eminent domain. The takeover of the private property was justified under the rubric of putting it to a higher use which in this case was a ‘public use.’ Now the BPL is prepared to ‘sell out that heritage for a mess of pottage.’

I was here on Monroe Place just around the corner in 1957 and saw the whole show. The takeover and the rebuilding. Now I am one of those who makes regular use of it, though, truth to tell, Amazon has cut into my need for the library. But it hasn’t cut down on those many people who need access to its computers and who line up patiently to wait their limited time on the machines.

I hope you will very soon focus on this issue because, as the NY Times article noted a few weeks ago, it reflects a too common giving up on the public authority for neighborhood amenities in favor of quick bucks proferred by developers. As you well know, great urban places are not developed for profit alone.

I look forward to hearing that you will take a close look at this very significant issue. 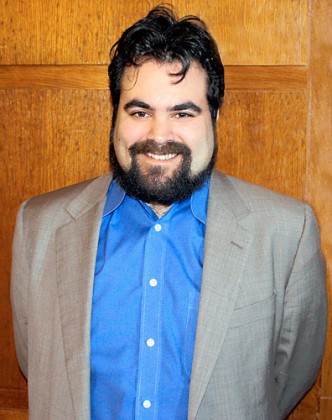 The Friends of the Brooklyn Heights Branch Library held a Trustees Meeting on Tuesday night addressing the impending sale of the building. As previously reported, it was  announced on January 15 several BPL branches would be impacted as the system shifts to digital media and services. The current Brooklyn Heights’ Cadman Plaza branch will be closing and be “temporarily relocated.”

The Brooklyn Eagle was on at the hearing and live tweeted highlights. (The “star” of the evening was apparently Josh Nachowitz—pictured here—the library’s VP for Government and Community Relations.) 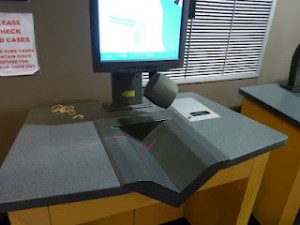 The library says the automated checkout “dishwasher-sized units” will enable patrons to borrow and return materials more conveniently and efficiently, allowing staff to spend more time engaging with the community, according to a story in the Brooklyn Eagle.

Two self-checkout machines have been in operation at the Brooklyn Heights branch at 280 Cadman Plaza West, for several months. Brooklyn Public Library President & CEO Linda Johnson says the initiative is part of a new model of public service, “one of many innovations including increased access to eBooks and a new books-on-demand Espresso Book Machine at the Central Library.” BPL was recently honored as a leading innovator by The Urban Libraries Council.

Let’s hope they work better than the self-serve check-out kiosks at CVS on Henry Street. 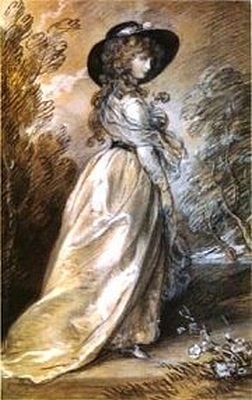 This Saturday’s (July 14) reading, presented by Theater 2020, of Lynn Marie Macy’s work-in-progress Lady Susan or the Captive Heart, a Jane Austen Bodice Ripper, originally scheduled to be held at the Brooklyn Heights Branch of the Brooklyn Public Library, has, because of the Library’s well known air conditioning problems, been moved to St. Charles Borromeo Church, 21 Sidney Place. It will be from 1:30 to 3:00 p.m.; admission is free and no reservations are required; and the playwright and actors will be available for a brief discussion afterward.

This past February, our friends at Theater 2020 presented a reading of playwright Lynn Marie Macy’s work in progress, Lady Susan or the Captive Heart, a Jane Austen Bodice Ripper at the Brooklyn Public Library’s Brooklyn Heights Branch, Cadman Plaza West and Tillary Street. Your correspondent attended, and filed this report. Since then, Ms. Macy has been refining her script, and now there’s a second opportunity to hear a reading of Lady Susan before it’s put into final shape and performed on stage sometime in 2013.

The reading will be at the same place on Saturday, July 14 (one week from this coming Saturday), from 1:20 to 3:30 p.m. Admission is free, as is the air conditioning.