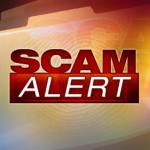 Several Heights residents who fell victim to a roofing repair scam contacted the Brooklyn Heights Association office to ask that BHB share their info so that others can avoid being similarly duped. BHA Executive Director Judy Stanton says the rogue plays the game like this: “A personable-looking man, dressed like a workman, rings the doorbell during the day and introduces himself as a contractor working on roofs nearby, where he noticed that your roof has problems that need fixing and he offers to make the needed repairs.”

He suggests going go up to your roof, where he will point out the ‘defects.’ He then negotiates a price to be paid as soon as the work is done. He’ll propose to do the work that day because he has the roofing materials close at hand. He may or may not say he needs to call a helper, depending on how receptive you appear to be. (Helpers add to the price.)

Everyone knows that there are scaffolds all over Brooklyn Heights, work goes on all the time on nearly every block, and several people I know have fallen for this scam, having paid money only to find out that no repairs were done, or they weren’t done properly. In one instance, valuables in the house were missing (cash, credit cards left out where they were visible on the way to and from the roof).

Note: The scammer is presentable, he counts on the fact that owners haven’t been to their roof lately and will take him at his word, or they may have experienced roof leaks during recent rains and welcome the plausible—and convenient—offer to repair it. Do we need to say more?

Please never let anyone you do not know into your house. Never, ever hire anyone to do work in your home without verifying their references and qualifications.

Trader Joe’s on Atlantic Avenue at the border of Cobble Hill and Brooklyn Heights has reported five thefts over the past several months from unattended shopping carts. Capt. Jeffrey Schiff, who commands the 76th Precinct, recently informed the community council that the store has no surveillance cameras installed in the crowded grocery, despite pleading with Trader Joe’s several times to install them.

DNAinfo.com New York reports that thefts include cash from a bag deliberately set up in a police sting, as well as a cell phone from a woman’s purse, according to sources and court documents.

So far, the store has declined to cooperate with the recommended policy. “Trader Joe’s, since they’ve opened, haven’t seem too concerned with what’s going on inside the store,” a police source told DNA. “They seem to have the attitude of whatever happens, happens.”

To combat the rash of larcenies, the precinct has increased foot patrol in front of the store and implemented a series of sting operations. A spokesperson for Trader Joe’s confirmed that the store does not have surveillance cameras within the facility, according to DNA.