I was recently revising my Worst Bands of All Time list, and I asked myself, “Why are there no Jam Bands on this list? That seems very odd indeed, Tim, because Jam Bands are to music what Bret Easton Ellis is to Human Beings.” Part of the problem, of course, is that jam bands would clog up any “worst band” list almost immeasurably; but I decided to try to articulate why I have always considered Jam Bands exempt from the Worst Bands list: 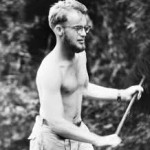 Michael Rockefeller, who deserves better than to be casually referenced in a column on Jam Bands, though in this photo he does look like he might be on his way to a String Cheese Incident concert.

Like the cannibals who captured and consumed Michael Rockefeller in 1961, Jam Bands are generally an aberration that eat their own and don’t mess too much with outsiders. Yes, occasionally there’s a Michael Rockefeller-type incident, but these are rare enough that it’s generally (relatively) safe to pretend Jam Bands don’t exist, and just let them go about their own business.

However, the horrific atrocities of the last century have taught us to Never Forget, and we must, both as a culture and as individuals, never forget this: The world MUST know and MUST be reminded, in schools, in the household, and via the media, that NO ONE who owns a Mandolin should ever, under any circumstances, be permitted to listen to an Ornette Coleman Record while on drugs. 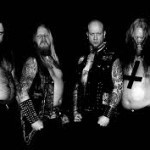 It’s true, I just don’t get it, Jam Bands, that is, and by “don’t get it,” I mean I really really don’t get it. Occasionally, I will hear a Dead song and think “Huh…Phil Lesh has it going on,” but beyond that, the whole freaking genre is a black freaking hole to me. Maybe it’s a “lifestyle” thing, like the way most hardcore music was; I mean, you can throw a dart at a list of Finnish death metal bands and any name you hit will be more aesthetically pleasing than virtually any American hardcore band of the early/mid 1980s, but hardcore was a social thing, see? Oh okay SSD were pretty good and the Circle Jerks were great, and no, I am not counting the Bad Brains, because they were a musical life-force of astounding powers, a Nut-Cracking Shiva, so, they are their own freaking genre. And yes, Nut Cracking Shiva is a pretty goddamn hot band name.

WHERE DID THIS IDEA ORIGINATE THAT ‘JAM BANDS’ ALL HAD TO MOVE THEIR FINGERS REALLY FAST?!? That’s not a worthwhile skill, that’s just proving you had no friends in high school.

Listen, Hawkwind is a fucking jam band. Perhaps the best. They start up their generator and get into gear and the thing lifts off with a little weight on it like a helicopter pulling out of the U.S embassy in Hanoi and then BOY it kicks in and revs up and sounds like a greasy truck full of cows on dope speeding down the Autobahn, and at some point it runs out of gas and goes for a little nap in the restroom at the planetarium. Listen to Hall of the Mountain Grill (1974) and Warrior on the Edge of Time (1975) and Space Ritual (1973) and Live At the BBC (1972) and hear what a real fucking Jam band sounds like. And Stereolab are a fucking jam band, listen to Peng! (1992) and Switched On (1993) and you’ll hear buzzing guitars doing wheelchair races with Stephen Hawking and synths whizzing and bubbling and barely keeping up and it’s a Radiophonic Workshop of extreme melody and Mesmer-rhythm fighting over who gets to go inside your brain and pump it with the most aural adderall and absinthe, now that’s a fucking jam band; or try listening to the first album by Ash Ra Tempel, (1971), now that is the fucking definition of a jam band, it starts in space and ends up in the mosh pit, imagine the Stooges if the Stooges had way way way way way way way way

way way way way way too much cough syrup and forgot to write any songs; and do you want to hear two perfect examples of what a jam band should REALLY be, both from bands you’ve actually heard of? Listen to “What Goes On” from 1969: The Velvet Underground Live, this is the sound of a band totally freaking losing themselves in the music; time stops, time goes eighty-eight hours in a minute, this is a band finding the perfect chords and hanging on to them through every single Bardo stage and living inside of those chords while lying on amphetamine-filled bean bags; and if you want something a bit more controlled but vaporizes the soul just as intensely, listen to “Carnage Visors” by the Cure, a 28-minute instrumental track released by the Cure in 1981 as a cassette-only bonus to their (phenomenal) Faith album; it winds through simple, endless, repetitive arpeggios, it sounds like a day-long Morphine dream that Dave Gilmour keeps on popping in and out of, it implies endlessness, an extraordinary quality for as song to project, it sounds like Robert Smith wrote a song while watching goldfish swim around in Goldschläger and it’s just perfect, and it’s exactly what a jam band should sound like.

And none of it sounds like a bunch of people practicing minor-chord mandolin runs while the rhythm section plays flyshit.

And there are a million more of ‘em out there right now, and Alex Maiolo probably knows the names of all of them, so get in touch with him for a list.

Oh…and as for that Worst Band list…we’ll save that for another time. Let’s just say that number one begins with an “O” and rhymes with “Ingo Boingo.”