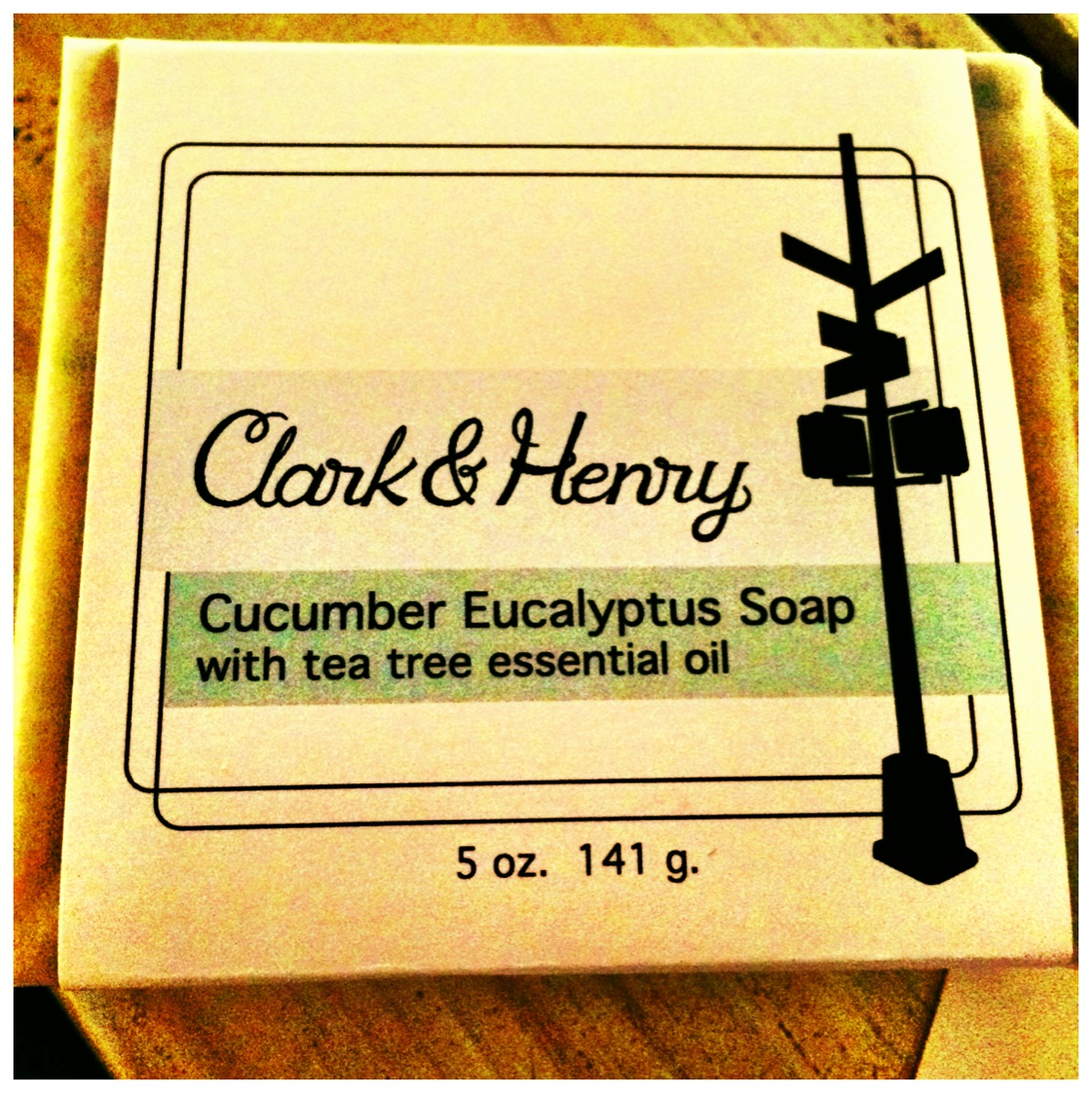 Just in time for the holidays, the bustling Brooklyn Heights intersection of Clark and Henry is about to smell a whole lot better, thanks to local soap makers Ross Caudill and his fiancé Joanna Maltese. Named after the famed intersection, Clark & Henry recently opened as an online shop with aspirations of retail success selling soap and household objects in Brooklyn Heights.

Their work is collaborative and the soap is a product of love. Both have a background in and passion for creation, Joanna is knowledgable in design and Ross is a multi-discipline artist. Yet at the onset of their soap-making project, neither really understood soap as a product. After months of research, reading, seminars, and experiments, they have honed the process of soap creation and are now packaging soap by hand in their Henry Street apartment.

A solution of sodium hydroxide is prepared separately. At the precise point when this is the same temperature as the oils they must be quickly mixed together to begin the chemical reaction which creates soap. After much blending, the exfoliants and essential oils are added. Finally the batch is cast into the molds. All of the components in the recipe are purposeful and curated for the attributes they bring to the final product. The fragrance is derived from the essential oils. The scrubbiness from the natural exfoliants has to be just right. The soap’s lather must be bubbly and creamy and cleansing, but also leave the skin feeling conditioned.

Joanna peels and prepares local cucumbers as Ross carefully tweaks the chemistry. Together they grind the exfoliant and prepare the casts. The result is a product and a business that avoids the potential pitfalls of artisnal pretense, yet remains charming and sincerely local.

Clark & Henry as an enterprise was in no small part inspired by the couple’s fondness of the neighborhood. Joanna smiles as she recalls returning to Brooklyn Heights after a brief stint in Park Slope, and how the couple’s product is created by hand with a ‘neighbors first’ attitude. “We wanted to make something to make our neighbors smile,” she told me over coffee at Vineapple.

Already considering creating a line of chairs, if the soap is successful the two would like to expand their product offering to include useful household items.

“We always feel a sense of accomplishment when we finish casting a batch of soap,” said Ross, explaining why they chose to start a business in Brooklyn Heights. Regardless of the success of Clark & Henry as a business, Ross and Joanna will continue to craft creative products in Brooklyn Heights for years to come. 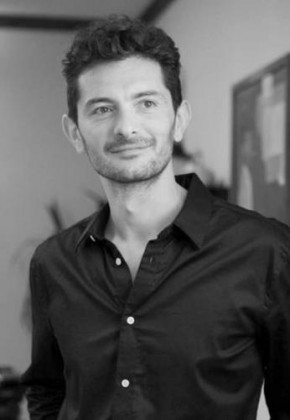 Long time BHB readers may recall that we predicted here in 2007 that the North Heights was poised to become a culinary hot spot. So, with the the debut of Gabriele Corcos at Bevacco Friday night and with the opening of Sociale two blocks down Henry Street planned for Monday (7/29) it’s hard not to be amped up about that “vision” becoming reality.

Despite our unbridled enthusiasm about his arrival, our experience at Bevacco Friday night for Corcos’ debut as Executive Chef was less than spectacular. The food and new menu (which didn’t feel that new or different) is unremarkable comparatively speaking to, say, fellow TV chef Elizabeth Falkner’s run at Atlantic Avenue’s Krescendo. We’ll give Corcos a mulligan on that one considering he’s relatively new to the restaurant business.

Also of note is the revised drinks menu which shows much promise. That said, even a casual fan of Extra Virgin, the Cooking Channel show Corcos hosts with actress wife Debi Mazar, can feel that his creativity was a bit restrained on Night 1.

Yes, it was Corcos’ first night and a new beginning for the eatery housed at the perpetually cursed “Corner of Cranberry” but the long standing issue of slow, aloof and unorganized service that has plagued Bevacco since its opening continues to be its Achilles heel. While we found our meal to be competent – like dinner at foodie friend’s house – whatever satisfaction the food and drink provided was undermined by the usual crazy quilt of service at the eatery. And it wasn’t just us, the table next to us received a bottle of hot white wine. When they mentioned this to their server the reply was essentially, “we don’t usually serve cold bottles of wine.”

The high profile Corcos did pop out of the kitchen to greet diners but from our perspective he appeared to ignore those he didn’t seem to know or to think were important. Most restaurants soft open for “Friends and Family” before opening to the general public but if you’re allowing regular punters (like us!) to dine on Opening Night then everyone should be treated like “Friends and Family.”

For example when our final drink order hadn’t arrived for over 20 minutes and our check was dropped and charging for those still undelivered drinks, Corcos bounded towards us with two limoncellos (the order we’d place and were still waiting for) in hand. That’s enough for us and most folks – famous chef or not – to salve even the worst episode of bad service. That is, unless the chef actually drops those drinks at another table he’d been hobnobbing with all night. That made us wonder if our food had been contaminated with some sort of Tuscan invisibility potion. (File under: Yes, Pete Wells has a point.) To be fair, the warm white wine table did get a selfie with Mazar – but it’s unclear whether they’re friends IRL.

All this aside, a celebrity chef holding court every night on Henry Street should and can be a great thing for Brooklyn Heights. And while our first experience under this new regime totally bummed us out, we’re holding out hope that Bevacco will rise above these issues.

It’s times like these we wonder – What Would Gordon Ramsay Say?

1) Fix The Problems, Find A Leader.

As Ramsay told the owners of “Grasshopper Also“, “This restaurant will not succeed unless you make the necessary staff changes.” In his monologue, Ramsay adds the the eatery had everything it needed to succeed except a “leader.”

2) Get Out Of Denial. Ramsay tells Allan Love, the recalcitrant owner of Ruby Tates Loves Fish that the “quicker you get out of denial, the quicker we can work together.” Remember folks, it takes team work to make the dream work.

3) Communication Is Key. Transparency, respect and honesty may not always be a joy ride but it’ll make for a more productive restaurant. At Seascape, the owner and chef didn’t speak to each other.

4) Overpriced And Underwhelming Is No Way To Run A Restaurant. At Rococo, Ramsay railed against its pretentious food and “f*&^ing ridiculous prices”. After we dropped a double C-note for our experience at Bevacco this is particularly relevant.

5) Super-Serve The Locals. “When running a restaurant in Spain, don’t piss off the locals,” Ramsay says in the episode featuring La Parra. After a disastrous catering event for a local charity, the restaurant had a hard time convincing area residents to dine there. They never recovered from that mistake. The Brooklyn Heights restaurants that do well in the area know this and all have strong list of regulars – Noodle Pudding, Henry’s End, Jack the Horse, Armando’s, River Deli, Colonie and a few others are great examples. Put simply, showbiz friends, unless they live in the area, will not carry the business beyond relaunch.

BONUS TIP: Whatever You Do, Don’t Act Like Amy’s Baking Company.

This morning we received as dispatch on Twitter from BHB reader @jfj4 showing us that the Citi Bikes have arrived at Clark and Henry Streets. Are you ready for this jelly? 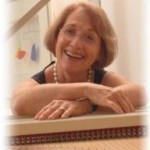 Harpsichordist Lucille Gruber, who was deemed by The New York Times as “a musician who commands both her instrument and its repertoire” will perform works of J.S. Bach and D. Scarlatti at Zion German Evangelical Lutheran Church at 125 Henry Street (off of Clark) on Sunday, November 4, 2012 at 3 p.m. Tickets are $10 and can be purchased at the door starting at 2 p.m.

Cobble Hill Blog reader Ericka delivers this tip: “I passed by the restaurant that has been under

construction (for years) on the corner of Henry and Baltic. I peaked inside and spoke to one of the workers. Inside was very quaint and nearly completed. They were just doing the wiring the computer system. The worker told me that it was slated to open in early October as an Argentine steakhouse.

Has anyone else heard details about the new eatery? Please email: tips@cobblehillblog.com. 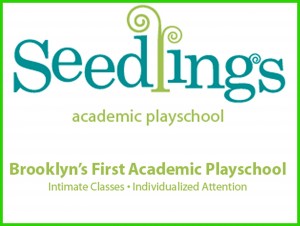 Seedlings Academic Playschool in Brooklyn Heights will open its doors to students this Monday, October 1. The program is geared to ages 2-4 years from 8:15-11:15 a.m. and noon-3 p.m., and expands at 3:30 p.m. to include after-school enrichment for 3-15 year olds. According to A Child Grows in Brooklyn, the school will have a 4:1 child/teacher ratio for play-school and enrichment classes with a “child-directed, teacher-guided” program. BHB will be doing a longer feature on the school in the coming weeks.

The school is in a brownstone at 42 Henry Street. Pick-up is available from children’s schools. For full details, including schedule and pricing, see here. Seedlings Academic’s phone number is 718-222-1849.

Something New and Delicious at All in One Mart 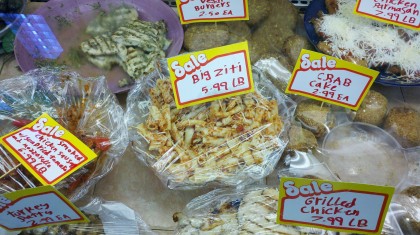 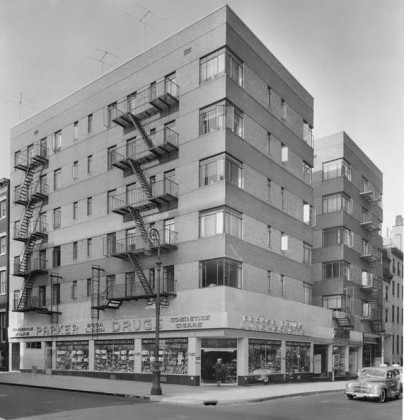 The six-story apartment building at 70 Clark Street and Henry is photographed here September 15, 1948. Note the three towering TV antennas along the roofline. The street-level retail gave us Parker Drugs, offering a lunch counter and soda fountain; with “Soda and Lunch,” “Cosmetics and Cigars” advertised along the front signage. (See details below.)

Today, 70 Clark, across the street from the St. George Hotel, is the location of Clark’s Restaurant and Ozu Japanese, while the residential coop has changed precious little over the past 50+ years. According to a recent Prudential Douglas Elliman listing, many of the building’s units feature 9-foot ceilings, along with a common garden between its twin structures. 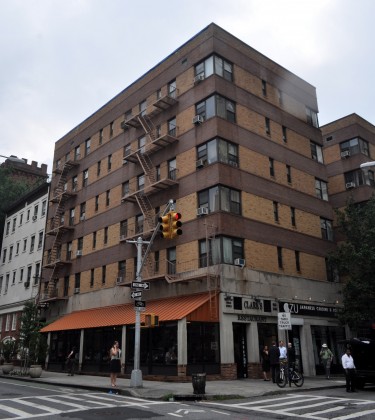 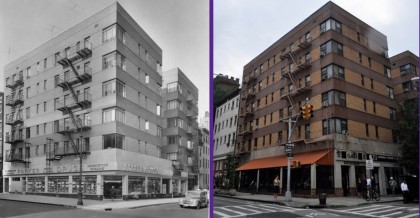 be built on an empty lot at 437 Henry Street at Kane Street. Brownstoner reports that the plans include a carriage house and modification of the fence along Kane. The lot is next to the double-wide mansion at 439-441 Henry Street.

The entire 100-by-200-foot property was purchased in January 2011 for $5.4 million by the current owners of 439-441 Henry. The existing Henry Street property will be subdivided into apartments, with CWB Architects overseeing plans—the same firm that is designing the Strong Place Townhouses next door on Kane Street. Work on the new townhouse isn’t expected to begin until next spring or summer.

Car On Congress Walks Itself Across The Street?

the following mysterious quandary, which we shall file under the WTF category: “On Sunday we parked our car on Congress Street between Clinton and Henry on the north side, in a spot that would expire Thursday morning. When I dutifully went to move it last night, it was now on the south side of the street. The north side was covered in fresh tar and marked with saw horses, so clearly it was moved for road/utility work.”

She adds, “I am grateful the city did not tow the car (when we left it there Sunday we saw no warnings), but the car was in reverse with the emergency brake still on and locked, just as we left it. How in the world did they physically move it, and are there any regulations about this?”

Any ideas, out there?