Reeves Gabrels plays guitar like a scientist getting ready to torch his lab for the insurance money.  He is an alchemist who ignores all genre boundaries and summons the spirit of Sun Ra saddling up Steve Vai for a ride to see Mick Ronson jamming with the Sex Pistols playing Jefferson Airplane’s “Embryonic Journey.” 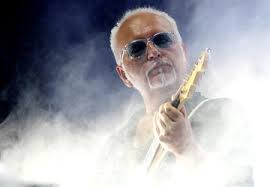 About 25 years ago, while briefly working at a particularly dysfunctional record label, I made Mr. Gabrel’s acquaintance.  Reeves and I talked of many things (he was, and is, a dear, sweet man), but together we plotted a rather masterful project that never came to fruition:  we wanted to team up his friend and collaborator, David Bowie, with an occasional musical associate of mine, the avant-noise composer Glenn Branca.  We imagined that Bowie’s keening, artful skills would brilliantly compliment Branca’s city-block wide slabs of spark-shooting metal, metal so feral as to defy chords or song-friendly length.  Even though this project never even achieved the earliest stages of realization, I can still hear it in my head as it could have/should have been, and that sound is actually visual to me:  I see a cool man in an ivory-colored camel hair coat riding the shoulders of a metal Golem, the Golem in turn dragging giant, thick sheets of iron down the empty dawn streets of lower Manhattan, the din echoing through, between, and around the canyons of Bowling Green and the bottom of Broadway.  Huh.

I mention all this because we now have a 90-second long preview of a project that is, to my mind, the next best thing to the Branca/Bowie project that never was:  the Scott Walker + Sunn O))) album, to be released on October 20th.


This preview – presumably of a song called “Soused” – is everything I would have imagined: the brutal, beautiful low-end metalscapes of Sun O))), the sound of Sabbath reduced to its’ logical black-hole 16 RPM monk-chant conclusion, accompanied by the begging, wailing, crooning, desperate, deeply personal vocals of the amazing Scott Walker, vocals that don’t so much defy rhythm and melody as much as dare the listener to re-assess your definition of it.  In these 90 seconds, I hear the sound of cities falling back into the sea, the sound of the Caves of Lascaux filled with subways, and I hear the groaning of the Seven Trumpets that herald the biblical apocalypse.  To be frank, the FIRST thing that occurred to me after I heard the short preview was this:  “The first angel blew his trumpet, and there came hail and fire, mixed with blood, and they were hurled to the earth; and a third of the earth was burned up, and a third of the trees were burned up, and all green grass was burned up…”(Revelation, 8/7).  But to be honest, Scott Walker’s records for the last 20 years have always conjured up these sorts of visions for me.

Certainly, it’s difficult to assess the quality – or the potential legacy – of an entire album based on one short preview, but Scott Walker’s recent (i.e., post ’95/Tilt work) have always hinted that he was seeking to be the first “mainstream” melody-based vocalist to find a lyrical, melodic, and textural vocabulary that matched the startling and attractive dissonance of Xenakis, Penderecki, Branca, Stockhausen, early Swans, etcetera; to match his ambitions with a group that have also been attempting to find a new (and entirely logical) avenue for metal and post-metal that achieves the same kind of power and originality is an extraordinary notion, and based on this preview, the results may live up to the startling promise implied by the concept.

Very few artists have so fearlessly and fearsomely renounced their past as Scott Walker has.  From the Spector/Wilson-esque high-drama high-pop of his early hits with the Walker Brothers, to the Weill/Brecht and Brel psycho-cabaret of his middle years, to groaning, pulsing, pounding, hissing, whirring, gristle-y, grisly, glassy, and ghastly music he’s made since Tilt, literally no mainstream artist has so challenged himself and his followers, and there seems to be such a terribly, essentially logical “rightness” to the idea of Scott collaborating with Sunn O))).

And I hope it opens the doors for many more suchlike ideas and collaborations.  The potential always existed for rock’n’roll to find a new but entirely logical setting for the power that existed in the frantic hollers of Little Richard and Huey Piano Smith, the train-racing sprints of the Sonics or the Bad Brains, the God Machine pump of the Ramones or Bo Diddley.  The time has come to encourage a breaking away from the Brill Building/Beatles habit of insisting that rock’n’roll is synonymous with “songs” that conform to the verse-chorus-verse-chorus-bridge-chorus virus.  West German rock’n’roll artists arrived at this conclusion 45 years ago (Neu!, Can, Astra Tempel, Tangerine Dream and many others), and it’s time for the Anglos to catch up.  GOD, just IMAGINE what Kurt Cobain, Jimi Hendrix, or Neil Young could have achieved if someone had told them that they didn’t have to make music that conformed to the same rules that Stephen Foster had invented over a 150 years ago! 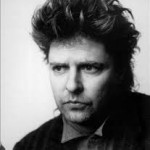 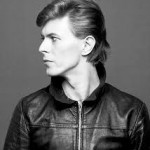 And it makes me recognize that Reeves and I sorely missed an opportunity back in 1990, when we took the first steps towards making that Branca/Bowie record.

By the way, Reeves has a new album out, in collaboration with the amazing Bill Nelson, titled Fantastic Guitars.  I will speak more about that shortly.

Finally, I’ve had many years to consider this, but I simply don’t approve of interleague play in Major League Baseball.  It doesn’t feel right, and it severely mutes the noisy singularity of the World Series.   Yesterday, I heard someone on the radio give the score to the Yankees – Astros game, and I thought to myself, “What kind of fuckery is this?”

UPDATE:  I’ve just been informed that the Astros, are, in fact, NOW in the American League (a detail I now recall from the dusty, gloam-hued attic of my much assaulted memory, teased by time and the distortion of half-a-centuries fantasies and optimism; I now remember that at some point they “traded” leagues with the Milwaukee Brewers).  But my reaction remains:  THE ASTROS IN THE AMERICAN LEAGUE?!?  What kind of CULTURAL SODOMY IS THIS?!?  In 1963, it was found that the Astros original home, Colt Stadium, was built ON TOP of a burial ground for  the esteemed Karankawa Tribe; surely, the ALREADY DISTURBED SPIRITS of these brave elders will be further COMPROMISED, and indeed their hallowed bones will be REVOLVING MIGHTILY  at the THOUGHT of the Astros competing in the American League.