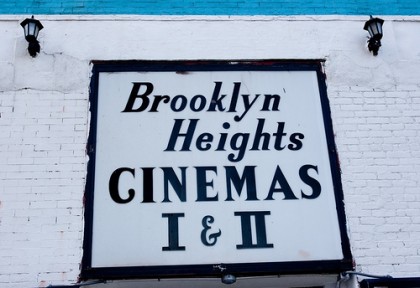 The New York Daily News covers the Brooklyn Heights Cinema’s successful Indiegogo campaign to raise funds for digital projection. Owner Kenn Lowy addresses the question on everyone’s mind – will the theater have to move soon as its landlord is looking to sell (for $7.5 million) or lease (for $30K/month) the building.

NYDN: The theater has operated under a month-to-month agreement ever since the lease expired nearly two years ago, and the cost of moving the digital equipment would be “manageable.”
Not that he’s eager to go anywhere else.

“The location is so good,” Lowy said. “I’m not leaving until I have to.” 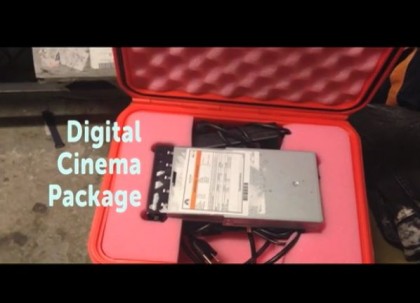 Brooklyn Heights Cinema’s Kenn Lowy has set up an Indiegogo campaign to help save the theater. No, it’s not to buy the building, it’s to help the theater convert from 35mm film projection to digital. “If we don’t make the transition to digital,” Lowy warns, “we lose the opportunity to show some exciting films. In fact, every new film.” The upgrade in technology is juxtaposed against the Mom and Pop-ness of the cinema. “I’m at the theater almost every day, and if someone has a problem with the temperature … or maybe even the sound, all they have to do is come out and talk to me or a member of my staff, and we’ll have it fixed right away. Try that at your neighborhood multiplex.”

Lowy hopes to raise $30,000 by the end of March, and has perks/rewards set up for donations starting at $25. $150 gets you a date night package; and $1,000 gets you a private screening for you and 150 of your closest friends. But any amount is appreciated. “We hope you’ll donate whatever you can, so we can keep showing great films digitally.” 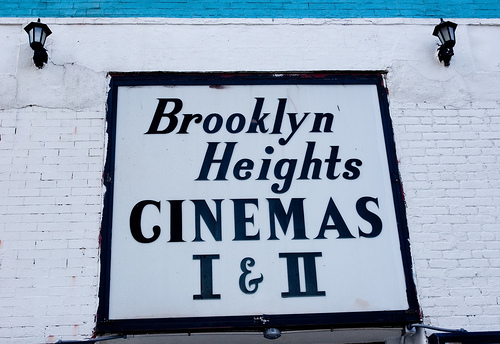 Kenn Lowy, owner of the Brooklyn Heights Cinema, 70 Henry Street (corner of Orange) says he is offering a discount for furloughed federal government employees for the duration of the present government shutdown. If you show your federal employee ID, admission is $10. (The discount doesn’t apply to Friday afternoon matinee showings, for which the regular admission price is $7.) 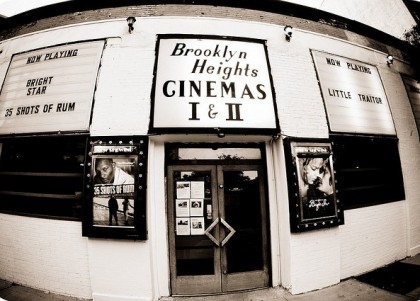 Developers and preservation advocates are playing tug of war as the Landmarks Preservation Committee debates whether to allow Brooklyn Heights Cinema owner Kenn Lowy to hold onto the landmarked 1895 building—or whether to replace it with a planned five-story condo.

DNAInfo.com reports that six votes are outstanding with the Landmarks Commission to approve or deny a proposal to demo the structure. At a November 27 meeting, design revisions for the new building were bandied, which Commissioner Michael Goldblum felt were “too reminiscent of the industrial Art Deco architecture, an inappropriate style for the district.”

Landmarks has not scheduled its next meeting, leaving the fate of the building hanging in the air. Meanwhile, Jane McGroarty of the Brooklyn Heights Association deems 70 Henry Street—one of the last buildings from the 1800s left standing in the area—”one of the handsomest commercial buildings in the district.” Likewise, Council Member Stephen Levin wrote to the Landmarks Commission, “70 Henry Street is a contributing building within the historic district on two levels: It is both architecturally and culturally significant to our neighborhood.”

DNAInfo reports: “To some movie-goers, the building’s muraled ceilings, stained star-patterned carpeted floors, dual entrance stairways and 150-seat sloping theaters hold historical value. The ornate cornice-covered facade and and boxy construction have survived centuries of nearby demolition which claimed most of the other buildings that were made in the same era.”

But according to Randy Gerner, architect of the proposed new building, 70 Henry has been renovated so many times over the last 75 years, including a commission-approved makeover in 1971, it has lost its historic claim. He also says the building, in its current state, is deteriorating.

Lowy says that Caruana has guaranteed the cinema would have a place on the ground floor of the new condo once it reopens, albeit with a rent hike and less space. He’s been told to expect an 18-month displacement, but is grateful to be included in plans for the new building: “I am an eternal optimist. I know we will continue to screen films whether in this building or one that is yet to be built.” (Photo: (remster_9/Flickr) 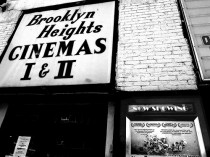 According to The Brooklyn Paper, Kenn Lowy, owner of the Brooklyn Heights Cinema, has decided to apply to convert it to not-for-profit status. This will give it the flexibility to apply for arts grants and accept tax deductible donations, which will be important given the need to install new digital projectors in order to show movies that are now being released only in that format. It will also enable the Cinema to present more works by local filmmakers as well as concerts by up-and-coming musicians.

Yesterday evening your correspondent took his own advice and saw Farewell My Queen at the Brooklyn Heights Cinema. Owner Kenn Lowy was at the ticket booth, and gave me the happy news that the Cinema will be occupying its present quarters at 70 Henry Street (corner of Orange) at least through October. We’ll keep you posted on his search for a temporary location to last until the new building is completed.

As for the movie, I’ll repeat here what I wrote in a comment on an earlier post: Not heavy on plot, but the acting was superb, as were the atmospherics. It conveyed a convincing impression of what it may have been like to be part of the royal court at Versailles as the Revolution inexorably built toward its climax.