Mettle, a documentary about people who collect recyclables for cash—at the risk of arrest or enormous fines—will be premiering at the Jalopy Theater on Sunday, July 28th at 7pm. Cobble Hill resident Andy Arrow who produced and directed the film, says:

Each day across New York City, thousands of resourceful citizens, who really seem to need the money, and who aren’t bothering anyone, collect recyclable material from the sidewalk—discarded bottles and cans, and household appliances—and redeem these items to earn money. You will get to know several of these people in the film, and hear their stories, and I think it’s likely that you will appreciate their positive outlook, sense of humor, and strength of character.

More information is available on the film’s Facebook page, or on Jalopy’s site.

Mettle: Documentary about People Who Collect Recyclables for Cash 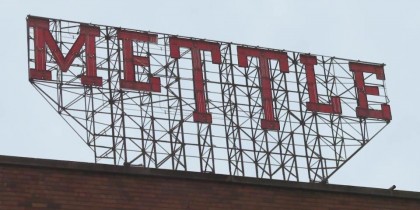 Local filmmaker Andy Arrow recently completed a documentary called Mettle, about people who earn their living by collecting recyclables, and how they are “cited, or even arrested, for picking up trash from the sidewalk.” Arrow has a Kickstarter campaign underway to “raise awareness and to fund a premiere event.” Drop a couple bucks if you’d like to help, and let us know here where you come down on the issue.