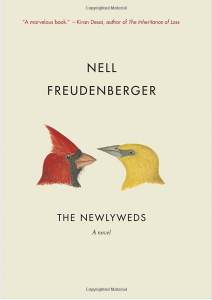 It was George Stillman’s interest in the Indian subcontinent that led him to Amina Mazid of Dhaka, Bangladesh. An electrical engineer, Mr. Stillman, of Rochester, New York, had a good job, a house, and no dependents. A coworker steered him to a Euro-Asian dating site where Ms. Mazid had posted a profile. Her parents had a deep-seated interest in American education, culture, and opportunities, and were seeking an American match for her. After several months of emails (and a gap of several weeks) Mr. Stillman traveled to Bangladesh to meet Amina and her parents. At the end of his visit, he proposed.

The wedding took place in Rochester soon after Amina’s arrival, as Amina’s visa required. Amina is saving up enough money to bring her parents over. She has two worries: George does not want her parents to live with them in his big house, but housing is expensive, especially for uneducated immigrants. And Amina and George have yet to get around to a religious wedding, though they have considered various Islamic sites in Rochester.

Amina comes to understand that in America most people do not live with their parents, so she takes a job in order to save enough for an apartment for her parents. Unfortunately, it’s a dead-end job in a dying mall store. Freudenberger has a good time exploring Amina’s ignorance of American culture – when she asks her husband “is there any other kind of Plan B? A kind you can buy at a store?” George of course assumes she is pregnant.

As Amina becomes more accustomed to her new culture and language, fissures become obvious. George’s cousin Kim, who has been kept out of the way by her mother, becomes friendly with Amina. Kim is a bit of a dark sheep, having spent a great deal of time in India and married an Indian man. She is surprisingly familiar with George, and his house. When one of George’s neighbors lets a few facts slip, Amina realizes that Kim and George’s relationship is not as innocent as she had once thought. Amina carries this knowledge with her when she goes back to Bangladesh to collect her parents, and it affects her judgment and her actions. Since her feckless father has become embroiled with some petty criminals, Amina and her parents must seek shelter with Nasir, the son of an old friend. Since Nasir had once hoped to marry Amina himself, and there are many complications.

Freudenberger structures her book neatly, with some nice parallels among the cross-cultural misunderstandings. She explores the impact of the economic meltdown both here and in Bangladesh, and the American characters are fully drawn. Understandably enough, the Deshi characters, except for Nasir, are less fully developed, though Freudenberger does a persuasive job of placing the reader in Dhaka and in Amina’s village. The cardinal that graces the cover of the book has a role too, but I couldn’t quite figure out what the other bird – a finch? – represents. Can you? If you have a theory, let us know in the comments.