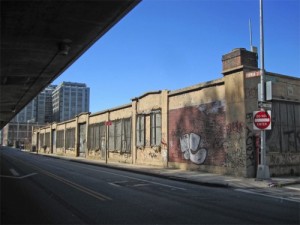 The $40 million, 2,499-seat Fieldhouse/Velodrome proposed for Brooklyn Bridge Park has been personified as a community recreation center, with an indoor bike riding track as its centerpiece. But Peter Flemming, Co-Chair of the Brooklyn Bridge Park Community Council and a member of the Citizens Advisory Committee of the Park Corp., says the plan that’s been shared with the public is a ruse.

He tells the Brooklyn Eagle that the proposed Fieldhouse is actually “a specialized velodrome masquerading as a community recreation center—and it doesn’t belong in Brooklyn Bridge Park… Painting stripes on a horse doesn’t make it a zebra.”

Flemming says that the Velodrome will primarily serve specialized competitive track cyclists who come from around the world, accompanied by hundreds of vehicles and thousands of spectators, to the detriment of BBP: “It’s a pipe dream. The number of people who really want it you can count on the fingers of your left hand. What is it doing in our park? Why help the city build a huge stadium in a tiny waterfront park for this quaint, obscure, bizarre sport?”

The Eagle explains: “A velodrome is a racing track, banked 45 degrees or more at the curves, for competitive bicycle racing. Competitors ride special fixed-gear bikes without brakes, and must travel at least 16 miles an hour to avoid tipping over. There is only one other indoor velodrome in the United States, the Home Depot Center Velodrome in Carson, California, though there are dozens of outdoor velodromes.”

Brooklyn Bridge Park proponents say the Fieldhouse, backed by founder and chairman Joshua P. Rechnitz, is envisioned as a “flexible public indoor athletic and recreation center” that includes a public boathouse, restrooms and space for the park’s maintenance and operations.

Greg Brooks, executive director of New York City Fieldhouse, argues in the Eagle that the entire community will make use of the facility, and says it will “save the park millions in capital costs. That’s money for maintenance, restrooms, storage for kayaks, all capital costs the park will not have to spend or maintain.”

Regina Myer, President of Brooklyn Bridge Park, adds, “The proposed Fieldhouse will bring park users and the community the all-weather sports and recreation venue that has always been included in the General Project Plan for the park but was unattainable due to financial constraints. We will continue to work with the New York City Field House to address the community’s concerns and ensure that this project adds positively to the park experience.”

There’s much more to the story in the Brooklyn Eagle. See the article here.