I understand that Darius Rucker is on the pants-end of a social media ass-kicking because he sang “White Christmas” at the Rockefeller Center Tree Lighting, in the midst of a night of protest and outrage over the non-indictment of Officer Daniel Pantaleo for the choke-hold death of Eric Garner.

I will admit that the rough lines of the story don’t look especially good.  But I want to say this:

There is not a single white American who has ANY idea what it is like to spend FOUR SECONDS as a black man in America.  Repeat:  if you are white, all your wisdom, empathy, indignation, and activism does not qualify you to be an ANT standing in the SHADOW of the CHALK OUTLINE of the actual experience of being BLACK IN AMERICA.

I knew Darius Rucker, and YOU, no matter HOW full of IRE you are about Eric Garner or Michael Brown or ANY of the horrors inflicted by white America on people of color, ARE NO DARIUS RUCKER.  He is the real fucking deal and he shall NOT be crucified because of his success within the halls of white America. Darius was born and raised on the low-end of socio-economic spectrum in the U. S. of Inequality, and just because he fought his way out and achieved great successes on stage in front of (almost entirely) white audiences and made a hefty living off of the white man’s dollar DOESN’T mean that he HASN’T been made aware, constantly, in ways noxious and obscene, of his race.  I have seen it with my own fucking eyes; I have seen this princely, talented man be gruesomely harassed and harangued because of the color of his skin, I have seen dull, thick white manatees wave rebel flags in his face and I have seen him refused service, all because he dared to be a black man in a white man’s world.  So as far as I am fucking concerned, Darius Rucker can get on stage at the Chabad Telethon and sing “Mysterious Coon” (very cool old medicine show blues recording) and he would be ABOVE even ONE whispered syllable of criticism by ANY white man, because NO white man knows DICK about what it is to be a black man in America, even what it is to be a RICH SUCCESSFUL BLACK MAN IN AMERICA. 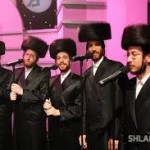 A moment from the Chabad Telethon.

Secondly, there’s a lot of chatter out there about how all the recent (and remarkable) protests of the police murders of young black men somehow represents the emergence of a “new” civil rights movement in America.  Nice thought, but…

As valuable as these protests are, as acutely necessary as the awareness of these crimes are, as wondrous as it is to see young people actually CARING about something other than Iggy Fucking Azalea and The Desolation of Flipping Smaug, I STRONGLY feel the following:

Until the voices of dissent and protest, young and old, can LINK the crimes of police and grand juries with voting rights, grotesque inequalities in available public education, and access to health care and social services for the poor and non-white, this ain’t a “New” civil rights movement.  Absolutely, as it stands it is indeed some long over-due noise about an important cause, and it might be the ROOT of something, but it NEEDS to coalesce into something more:  AT THIS VERY MOMENT, as I type these words, operatives of the Republican Party, LOADED with money and organized tighter than a Steely Dan rhythm section, are planning ways to keep POOR PEOPLE and BLACK PEOPLE and other outcasts from “their” version of the American Dream AWAY from the polls in the next Presidential election in 2016.

FIGURE OUT A WAY TO LINK TODAY’S OUTRAGE OVER THE MURDERS OF ERIC GARNER, MICHAEL BROWN, TRAYVON MARTIN, et al with the plot to keep the blacks and the poor from voting in 2016; figure out a way to link it with the CHASM between public education available to the inner city poor and private education available to the scions of the white and wealthy; figure out a way to CHANNEL that outrage into creating reasonable options for healthcare and social services amongst America’s disenfranchised, and THEN you can call it a “New” Civil Rights Movement.

Seriously, let’s start here:  All you people at those beautiful and moving Die-Ins? STAY STRONG, STAY ORGANIZED, GET MORE ORGANIZED, AND GO TO STATES WHERE POOR VOTERS AND VOTERS OF COLOR NEED THEIR RIGHTS PROTECTED AT THE POLLS.  Because the next Presidential election is going to be decided based on YOUR ability to stand in the way of the Republicans very well-constructed plans to keep America’s disenfranchised OUT of the election booth.  Make plans NOW to use your new desire to “make a difference” and your ability to use social media to organize and GET YOUR ASSES TO THOSE STATES WHERE THE BLACK AND POOR ARE GOING TO BE STOPPED FROM VOTING.

THEN you can lay a legitimate claim to being part of a new Civil Rights movement.

And leave Darius Rucker alone.  He is the real fucking deal.  However, Darius, if you’re reading this, I recommend the following:  GET SOME OF YOUR WHITE COUNTRY SUPERSTAR FRIENDS TO HELP PROTECT THE VOTING RIGHTS OF ALL AMERICANS IN 2016.

And Sting is a tool.