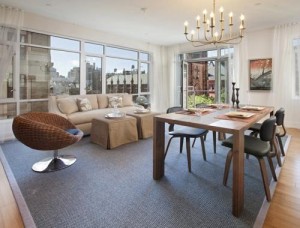 The NYP also notes, “Vacancy rates are at historic lows and rents are at historic highs. And the number of new rental units coming to the Manhattan market in 2012 is relatively small: 2,596 apartments, according to Citi Habitats, the smallest figure in seven years.” That certainly offers one reason for the outer boroughs influx.

The Epoch Times has been scouring New York City for its “most expensive blocks,” based on median sale prices with at least three home sales over the last two years. Research covers January 2010 to December 2011. In Brooklyn, the newspaper’s March 27 survey comes up with three Park Slope blocks in the top 10, one each in Midwood, Carroll Gardens, Manhattan Beach, Homecrest and Brooklyn Heights… and two in Cobble Hill.