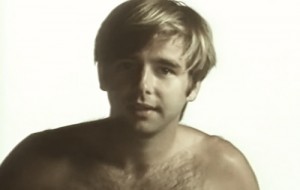 Back in May, BAMcinématek featured Hal Ashby’s 1970 film The Landlord starring Beau Bridges as a rich kid who buys a brownston in the “slum” of Park Slope and plans to make it his bachelor pad. That is, after he evicts the current, all black, residents.  In an early scene,  Bridges’ character Elgar, has his hubcaps stolen and is chased down the block by  those angry tenants who just want him to go away.  But like many films from the era, it’s Bridges’ central character who undergoes a transformation, eventually identifying  more with “others” he set out to displace.

WNYC interviewed Mike Woram, the current owner of 51 Prospect Place where the film was set. Back in 1970, the building was falling apart, there wasn’t a tree to be found anywhere and the block was dicey.  All that’s changed now:

Forty years later, the predominantly black, working-class block depicted in the movie is almost unrecognizable. Serrell was one of the first to plant the trees that now tower over the block in every direction — a far cry from the bare, sun-drenched streetscape portrayed in “The Landlord.”

While a handful of longtime black residents remain, Woram says the newest gentrifiers are ironically more like the farcical character of Elgar — whiter and richer — than before.

“We get to live like rich people without being rich people,” he said.  “I don’t know how people buy these things today — it’s nuts!”

Not that the current landlord of 51 Prospect Place is complaining.  Woram says he prefers the Park Slope of the present, except for one thing.

“It seems to be the hardest block in all of this area to get a parking space on.”

The counter-culture Elgar for the most part appears to be typical of the Brownstoners from that era discussed in Suleiman Osman’s The Invention of Brownstone Brooklyn. The author tells Dwell:

Brownstoners who moved to Brooklyn were influenced by the counterculture, environmentalist movements, New Left, etc. Along with cheap real estate, brownstoners looked to the deindustrializing center city as a site of authenticity in an increasingly technocratic society. As opposed to postwar suburbia which they viewed as mass-produced and filled with men in grey flannel suits, they saw the belt of 19th century housing surrounding the central business district as organic, rooted, real, “neighborhoody,” etc.

How do you think the Brownstoner “movement” has progressed from being the domain of bohemians and dreamers 50 years ago? Are some of the Brownstone Belt’s residents clinging to a similar dream of a Utopian Brooklyn when they fight against projects like Atlantic Yards or are they the thin line between civil responsibility and untethered greed? Or is the new guard more apt to desire their own McBrownstones and push the landmark restrictions their predecessors fought dearly for to the limit?