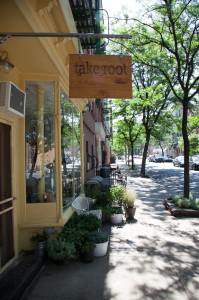 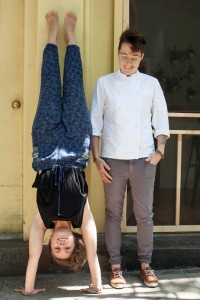 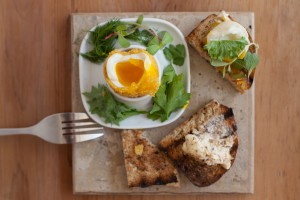 Some Scenes From a Pier One Walk 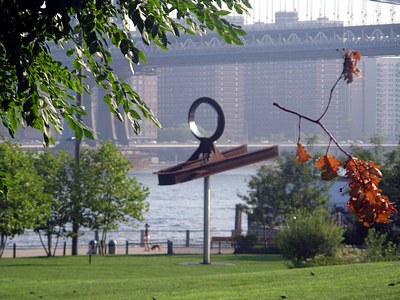 On Friday morning I took a quick turn around Pier 1, Brooklyn Bridge Park, before heading to work. As I was lining up a shot of Mark di Suvero’s Yoga, a small branch with some dry leaves fell in front of me. I didn’t notice it until I downloaded the photo; it’s at the right side of the picture (click on it to enlarge). More photos and text after the jump. 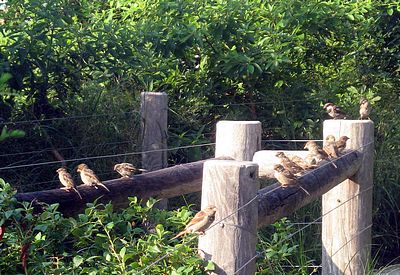 Rounding a corner of a path, I startled some sparrows. They flew up, then alighted on a fence. 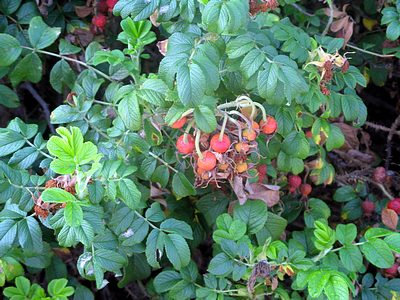 These are rose hips from Rosa rugosa, near the Granite Prospect, where Patti Smith will read and sign books this Monday evening, August 6, at 7:00. 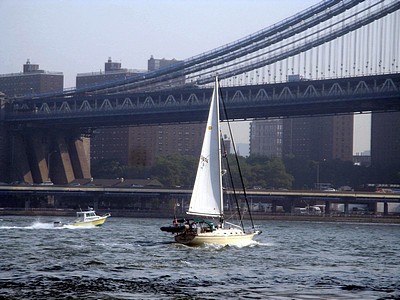 Sailing up the East River, a sloop approaches the Manhattan Bridge. 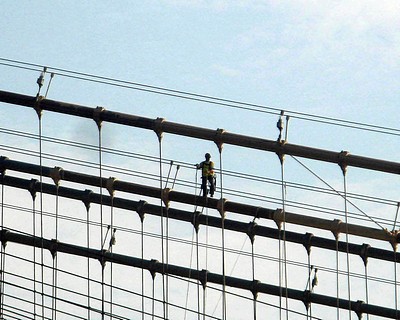 Worker on a cable of the Brooklyn Bridge. 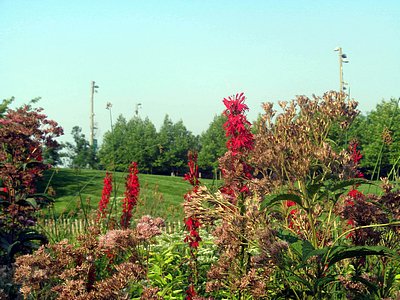 Flowers by the pond near the pier’s northeast corner.