Quote Of The Day: Brooklyn Heights Is ‘The Most Uninspiring Place To Live’ 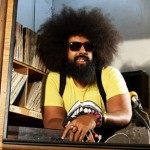 Comedian & actor Reggie Watts, who released Comedy Central special “Reggie Watts: A Live At Central Park,” earlier this month and appears in an IFC talk show this summer, was interviewed Friday by website College Times and had plenty to say about his former residential neighborhood of Brooklyn Heights.

The uber-hipster, who now resides in Williamsburg, mouths off by describing the neighborhood as “upper-middle class, a few white rich people and their ethnic nannies taking care of their white babies. If you’re an artist, it’s the most uninspiring place to live.”

REGGIE WATTS JOINS THE DISCUSSION: SEE HIS COMMENTS BELOW THE JUMP.

I use to live in Brooklyn Heights, and it was mainly just brownstones with kind of upper-middle class, a few white rich people and their ethnic nannies taking care of their white babies. There’s a lot of strollers going up and down the street with all these women that are obviously not the mothers of these children just walking around.

And then some kind of boring college students going to whatever university is there. It’s the most uninspiring place to live. If you’re an artist, never live in a family community, unless you draw inspiration from children and nannies. It’s just horrible.

Watts’ current locale of Williamsburg, on the other hand, gets this stream-of-consciousness review:

Even though there are a bunch of partiers, there are really great artists amongst all those people. And it has great stores and shops and restaurants and a cool Promenade. It’s really a fun, happy area. Kind of the best area to live in.

It gets ragged on a lot, though. Yeah, which is good. The good thing is that it makes other people [too] annoyed to live here. The less people move here the better. Now we’re starting to see outside of coffee shops, like, six strollers. It’s either the hipsters that live here are getting older and having kids or the kids are moving to Williamsburg. I like kids, but kids kind of bum me out. It’s fine. I mean, people need to have kids. It’s just, like, you kind of go, ‘Aww, where are the adults having fun?’ Instead they’re running around asking, ‘Do you need some milk now?’ I love that they’re trying to still stay cool, you know. The parents will get their babies CBGB shirts.

Perhaps it’s best that the dude has found his solace outside of the Heights, huh?