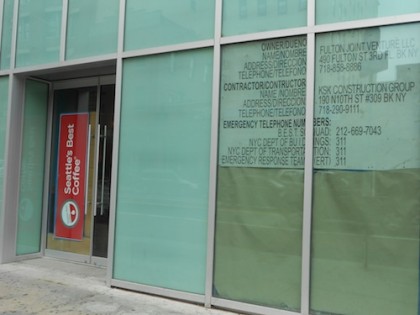 Seattle’s Best coffee will open its first standalone store in the borough at 253 Livingston Street & Bond Street (a block over from Junior’s) in Downtown Brooklyn, on Thursday June 21. Brownstoner reports that the retailer will offer breakfast sandwiches and such snacks as cookies, danish & muffins. A soft opening will take place Wednesday June 27, with free small cups of java from 5:30 a.m. to 11 p.m.

Seattle’s Best was founded in 1970 and became a subsidiary of, uh, Starbuck’s at the dawn of the millennium. It has stores in 20 states, as well as 500+ cafes in Border’s Books.