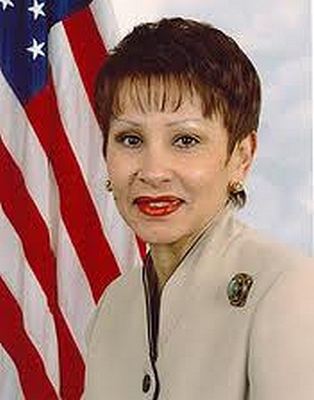 According to NY1, incumbent U.S. Representative Nydia Velazquez easily staved off a well-financed primary challenge by City Councilman Erik Dilan, as well as two lesser known challengers, for the Democratic nomination for the 7th Congressional District seat. The margin of her victory (she got 61% of the vote) must come as a blow to North Brooklyn based Democratic boss Vito Lopez, who backed Dilan.

On the GOP side, the winner of the three way race to challenge incumbent Democratic U.S. Senator Kirstin Gillibrand is attorney Wendy Long, who describes herself as “a true blue conservative” in the mold of Ronald Reagan. This, no doubt, sets Prom Gal’s heart aflutter.