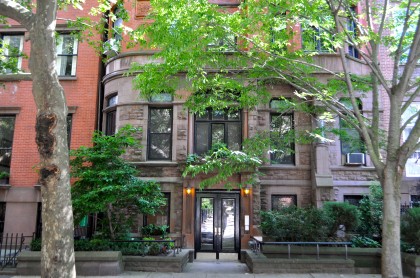 New York City may be offering its neighborhoods an olive branch—or at least snippers to prune it—with a substantial budget increase for care of street and park trees. Over the past decade, NYC’s declining bottom line has given responsibility for beautification and maintenance in the Heights to the Brooklyn Heights Association, which has overseen a cyclical block pruning program. Since 2001, it has dedicated more than $75,000 to pruning, planting and tree care from member donations. A major BHA effort took place in February and March.

For the fiscal year that begins this week, NY’s City Council added $2 million for tree pruning to the $1.45 million in Mayor Bloomberg’s proposed budget. The extra money is part of $30 million in restorations to the Parks Department’s budget, including money for public pools.

Of course, the move equates to more than a green thumb from the city. According to The New York Times, falling trees and limbs have led to a marked increase in injuries, deaths and lawsuits. “Tree pruning is something where you don’t see the impact of deferring until there’s a tragedy,” Park Slope-based Councilman Brad Lander told the Times. “Hopefully, getting pruning back on a better schedule will mean New Yorkers will be safer.”

Money added for tree care would put street trees on a more timely pruning cycle. Because of budget cuts, the pruning rotation had been elongated to every 15 years from once every 7 years in 2008. During that time, the budget for street-tree pruning contracts fell to $1.4 million from $4.7 million.

Reports of Sosta’s Death Were Exaggerated