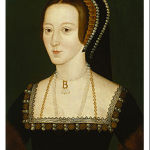 “Bring Up the Bodies” is a follow-up volume to Hilary Mantel’s wonderful novel “Wolf Hall” (2009). Ending in approximately 1532, “Wolf Hall” described the life of Henry VIII’s advisor Thomas Cromwell up through the execution of Thomas More, Henry’s divorce from Katherine of Aragon, and his impending marriage to Anne Boleyn. In “Bring Up the Bodies” (the command to the Tower jailer to produce prisoners for trial) Mantel takes Cromwell up to the middle of 1536.

Spoiler alert – The demise of a main character is described in this paragraph – I’m always a little sad when I begin a historical novel about Anne Boleyn, because now that I’m old enough I feel so badly for the Boleyn parents, complicit in Anne’s well-plotted rise to Queen though they may have been. And that is because not one but two of their children were executed within a day or so of each other, after being found guilty of treason and incest. Were they guilty? At this point, we have no way of knowing, but that’s hardly the point. As Mantel puts it, “In this book I try to show how a few crucial weeks might have looked from Thomas Cromwell’s point of view. I am not claiming authority for my version; I am making the reader a proposal, an offer.”

As a portrayal of Cromwell, not one of history’s heroes (Mantel repeats a trope from “Wolf Hall,” that Holbein’s portrait of Cromwell makes him look like a murderer) this is a very sympathetic portrait, consistent with the rendering in “Wolf Hall.” Cromwell the character is an extremely able and competent minister to a mercurial king, maneuvering carefully among the many nobles and courtiers surrounding Henry. (It was Cromwell who managed Henry’s divorce from Katherine, and Cromwell who procures the annulment of Henry’s marriage to Anne.) He is also likable, and Mantel’s characterization of Cromwell as student of human nature is the best part of the novel. Here is her description of Cromwell thinking of his earlier employers: “Custom stales the intimacies of marriage, children grow truculent and rebel, but a good master gives more than he takes and his benevolence guides you through your life.”

It could be a description of Thomas Cromwell. He is a loving parent, and good master in his turn to his students and acolytes, one of whom, his nephew Richard, was great-grandfather to that other Cromwell, Oliver. And there are some lovely touches in the book, including a description of a jelly molded into the shape of a castle, “in stripes of read and white, the read a deep crimson and the white perfectly clear, so the walls seem to float. There are edible archers peeping from the battlements . . . “

But where “Wolf Hall” was candle-lit, with meaning flaring up here, or flickering into illumination there, “Bring Up the Bodies” is “Bring Up the Bodies” is more fluorescent. Mantel is clearer about certain things, such as the deaths (by plague) of Cromwell’s wife and daughters; the peacock feather wings, which in the earlier book signified the fleeting life of a daughter, make several more appearances in this volume, as themselves. The removal and trial of Anne was a complex political process, and Mantel is effective and clear in telling the story. But in doing so she has jettisoned some of the magic, making this book feel more labored than “Wolf Hall,” more reminiscent of her novel of the French Revolution, “A Place of Greater Safety.”

Cromwell survived in Henry’s employ for four more years after Anne’s execution. Mantel certainly suggests there will be a third volume. Mantel’s Cromwell is convincing and sympathetic, and I look forward to the next installment of her story. How do you feel “Bring Up the Bodies” compares with “Wolf Hall”? Let us know in the comments.

Bring Up the BodiesHilary Mantel