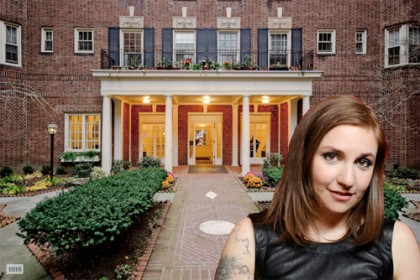 Lena Dunham might be needing a larger apartment at the Mansion House. The Brooklyn Heights resident and creator/star/writer of HBO’s freshman series “Girls,” cleaned up in the nominations for the 2012 prime-time Emmy Awards, announced Thursday morning.