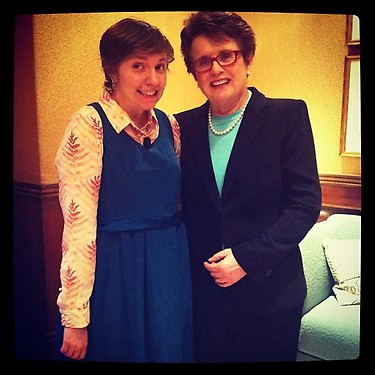 Now you can add “author” to the lofty list of accomplishments from Brooklyn Heights resident and Emmy-nominated actor, director, executive producer, writer and creator of HBO’s “Girls” Lena Dunham. The critic’s darling is shopping a book proposal, according to Slate. “Not That Kind of Girl: Advice by Lena Dunham” is currently in proposal form, with a $1 million price tag attached to the publishing auction.

Dunham has previously published “First Love” in The New Yorker and a short essay in “Rookie,” which Slate calls a candid look at love, sex and youth. She also has more than 354,000 followers on her Twitter feed, posting commentary about her life and loves. “Advice,” according to the proposal, offers a collection of essays about Dunham losing her virginity, trying to eat well (detailed diet journal included), obsessing about death, along with tips about staying focused on work, how not to ruin a potential relationship, and so on. More at Slate here.

“Girls” launches its second season on HBO in January 2013.

This afternoon Dunham Tweeted this photo: