Hurricane Sandy Update: 310 Miles From NYC At 8 AM 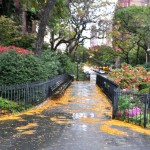 As rain began falling steadily early Monday, winds are slowing picking up, reaching around 27 mph by 8 a.m. Temps: 54 degrees, remaining steady throughout the day. The storm is currently 265 miles southeast of Atlantic City, and 310 miles south-southeast of New York City. Maximum sustained winds are predicted to reach 85 mph, according to the National Weather Service. A northwest turn is expected later this morning, followed by a move west-northwest tonight. See interactive storm map here.

A quick trip to the Brooklyn Heights Promenade post-dawn revealed plenty of leaves collecting—a good thing, since that means trees have less weight to carry amid gale-force winds. “It’s living up to all the hype,” 1010 WINS reported after 8 a.m. “The Hudson River looks angry.” More pics below. (CT)

Check out MTA’s Flickr page for some eerie images of empty subway stations around NYC. 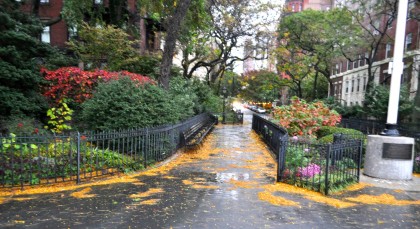 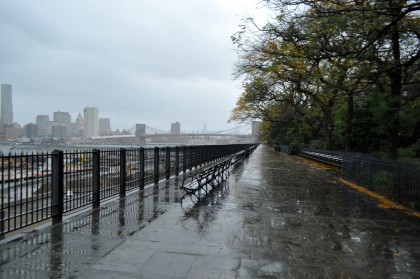 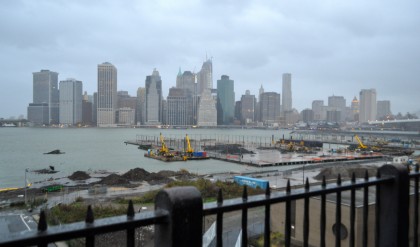 Montague Street: We Made It Through The Rain

There Will Be Garbage Pickup in Brooklyn Heights Monday