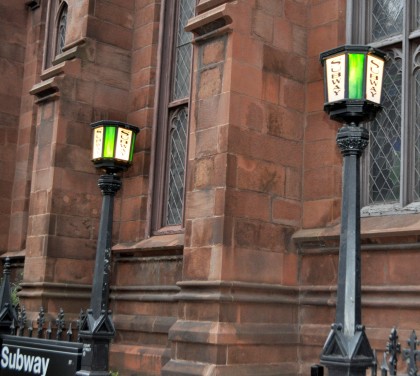 MTA is advising that as of Saturday, subway service has been restored between the Bronx and Brooklyn on the entire Lexington Avenue 4/5/6 route. For Brooklyn Heights, that means 4/5 trains are again running from Borough Hall into Manhattan. See updated Hurricane Recovery map here. (Photo: CT)

In addition, MTA sent a Tweet that the 2/3 line is also expected to return over the weekend. Of course, that links Brooklyn Heights to Manhattan at both Clark Street and Borough Hall. As well, D, F, M and J trains are supposed to resume service into Brooklyn this weekend. The No. 7 line has been restored from Midtown into Queens.

MTA says some East River tubes will remain flooded through at least Monday. South Ferry and the washed-out A in the Rockaways will remain out of service indefinitely. PATH service between New York and New Jersey also suspended indefinitely.