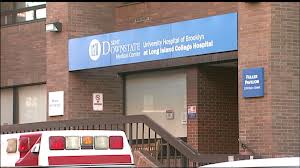 Supreme Court Justice Johnny Lee Baynes has ordered SUNY to restore servies at LICH to the levels they were at on July 19. Baynes also said he would name an ombudsman for the hospital and added that the armed and unarmed guards SUNY has employed to patrol the grounds must go.

RELATED: Semi-Homemade Solution: Is Cuomo Looking For Peace With Honor In #SaveLICH Drama?


Brooklyn Eagle: The “standstill order” will keep LICH open for care until discussions between SUNY Downstate and a number of groups working to keep LICH open resolve the matter through negotiation. In his order, Justice Baynes said that he has been advised by the Special Referee “that the parties are engaged in ongoing good faith negotiations and hope to resolve the matter to their satisfaction.”

Twitter was buzzing long into the night with congratulations from patients, staff and representatives who have been working around the clock to keep the hospital open.