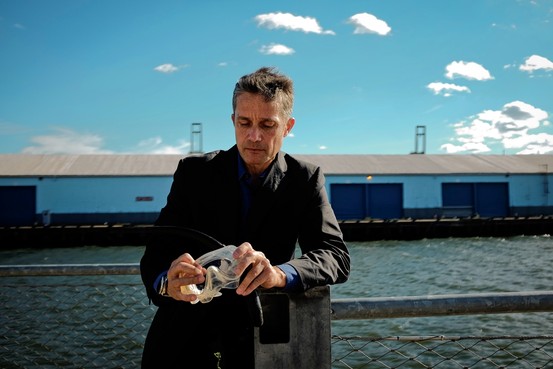 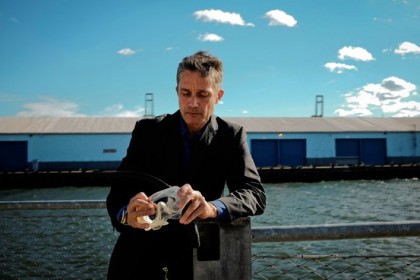 Ramsay de Give for The Wall Street Journal

Jacques Cousteau was as much a part of my childhood as Marlin Perkins and Mutual of Omaha’s Wild Kingdom. So I was heartened to hear Cousteau’s grandson, Fabien, is carrying on the family’s oceanographic tradition. Namely, he will try and beat his grandfather’s record of living underwater for several consecutive days—with part of his training regimen taking place walking the streets of Brooklyn Heights and inside his State St apartment.

Aside from just living cheek-by-jowl with other Brooklynites, Cousteau also holds his breath for several minutes underwater in his bathtub (the Local Hero training) and swims laps in the YMCA pool on Atlantic.

The actual underwater stunt will not take place in the East River, but instead eight miles off the Florida Keys, about 50-60 feet underwater. According to the article in the WSJ, “The younger Mr. Cousteau’s team will consist of six aquanauts who will explore the effects of underwater living, as well as the impact of climate change in the Atlantic Ocean.”

VIDEO: A Visit To Della Pietra’s On Atlantic Avenue In Brooklyn Heights