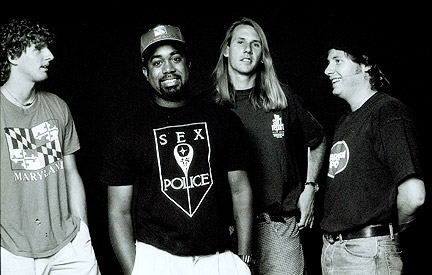 People might tell you something is impossible, unfeasible, and ridiculous; but you do it anyway, because you think it’s possible, obvious, and beautiful.  It is virtually guaranteed that anything that is going to achieve the amazing is going to be something a lot of people are going to tell you is a bad idea.

20 years ago today, I went on a spectacular voyage with a group of underdogs.  We achieved the impossible, but it never seemed impossible to us.  We never doubted we were doing the right thing; we simply followed the instincts in our practical and artistic hearts. 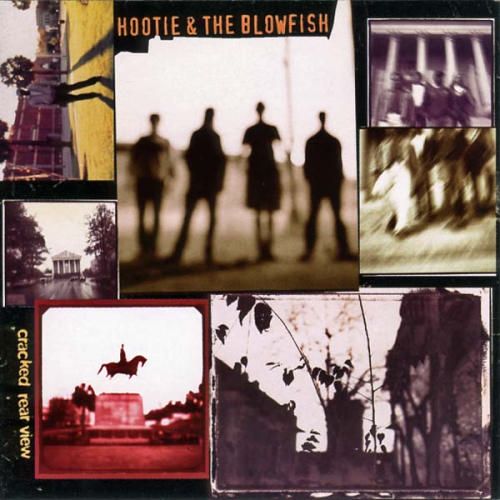 On July 5, 1994, Atlantic Records released an album called cracked rear view (lower case not a typo) by Hootie & the Blowfish.  It would become one of the top selling albums in history.  I was an A&R person at Atlantic Records at the time, I signed Hootie & the Blowfish to that label, and was integrally involved with them between 1993 and 1998.  I am so fulsomely proud of having done so.  I am so happy to have helped a band of such sincerity, talent, kindness, warmth, and determination achieve the kind of success that is so rare in the music business that it is now extinct.

In 1993, major record labels were signing nothing virtually but grunge (in forms sincere, corrupted, insincere, misunderstood, and misinterpreted), and virtually every new band on the radio was grunge.  A band like Hootie & the Blowfish, whose dominant influences was Toad the Wet Sprocket, Foster & Lloyd, and early/mid period R.E.M., and who evoked in listeners the spirit of Bob Seeger or John Mellencamp, was, to put it efficiently but accurately, literally the last thing the major labels were looking for.  I mean literally.

It is difficult to imagine that a group that was to become such a phenomenon, that became such an almost comically ubiquitous part of our cultural background and musical foreground in 1995 and 1996, began life in the mainstream industry as such adamant underdogs; but that’s the truth, and I have never been involved with a project whose result so vehemently exceeded its expectations. (cracked rear view, which eventually achieved sales of half a million record sales a week, did not, at the time of its’ release, have a single unit stocked by Tower Records in New York or Los Angeles).

Yet I do not feel lucky to have been involved with the success of Hootie & the Blowfish.

Fortunate, yes — hugely, enormously, profoundly, gratefully, resoundingly fortunate, yes — lucky, no.  Luck had nothing to do with it. These factors built the almost unprecedented success of cracked rear view: Creativity, persistence, strategy, follow-though, joy, trust, faith in the advice of the right people and lack of bitterness in the doubting words of others.  Luck was involved barely, or not at all.  Most of all, the band had faith in their music, and we all had a belief that the happiness we saw on the faces of Hootie’s first fans, the fans who had been hearing those extraordinary songs in little mid-Atlantic clubs for years, could spread to the rest of the nation and the world…and we had a group willing to do the hard work to make that happen.

I have been asked many times how someone (uh, me) whose past musical history was so entwined with extreme forms of the artful and/or noisy could have ended up working with something so intrinsically linked with the mainstream.  After all, prior to my association with Hootie, I was best know for my work as a punk rock DJ and as a member of a profoundly artsy avant-pop band called Hugo Largo.

The answer to that is easy: Hootie & the Blowfish were the most musically natural, most creatively honest, and most personally warm and engaging band I ever met. I loved them, I loved their music. Period. Is any other justification even remotely necessary?

We had hoped, at the time of release, to sell as many records as the Jayhawks. This truly was our goal. Something so much greater happened.  A few people helped a lot in the very beginning  — especially Danny Goldberg, a product manager named Kim Kaiman, and a publicist named Patti Conte — and in many ways, for the first half-year or so that the band were signed to the label, the project was our delicious and warm little secret; and a lot of others just wanted to wait and see, which makes perfect sense to me.  Some others actually didn’t believe in the project at all (one very prominent A&R exec told me the record was unreleasable and had no singles), but thank to the support of Danny, we were able to move forward.

I have tried to consider how to write about this absolute unique and important event in my life that happened twenty years ago today, this event that had such impact on the lives of my dear friends, my colleagues, and millions I will never meet.  But all I really find myself able to say us this:

No artistic dream is impossible if it is creatively honest.

Dream hard, but dot all the i’s and cross all the t’s.

Be grateful and gracious to every single person who helps you and be graciously firm to everyone who tells you it can’t be done.

Trust every single one of your instincts as if they were your children, but let those kids go to the movies with someone else every now and then.

Remember not to take the naysayers personally — even the most aggressive negative opinions are almost always based in fear, and people trying to protect their own turf.

In July of 1994, to virtually anyone on the corporate level, the later success of Hootie & the Blowfish would have seemed improbable or impossible.  I cannot even begin to tell you the other new groups “prioritized” over Hootie; if you recall a sweet but eminently second division (and ultimately tragic) grunge band named Surgery, let me apply some perspective by saying this: Surgery were considered an  “important” new release, and were guaranteed a video and radio support; Hootie, released at the same time had no video commitment.  To us close to the project, the level of success achieved was, and I mean this quite literally, beyond anyone’s wildest dreams (I honestly believe the band would have felt that their hopes and expectations had been met if they had gotten to open for Toad the Wet Sprocket and sold just enough to make a second record for the major label).

But the most beautifully impossible and improbable about thing about the stupefying success of cracked rear view was this:  Hootie & the Blowfish were the single nicest band I’ve ever met, and ever will meet.

And the people around them were the kindest, warmest band organization I ever met or interacted with (Rusty Harmon, Paul Graham, Jeff Poland, Jeff Smith, Peter Hoslapple, John Nau, Don Gehman, Gena Rankin, Vanessa, Lynn, Squirrel, and so very, very many others). And they bought out the very best in all of us jaded industry types, making us gorgeously and gleefully un-jaded for a few beautiful months and years; to this day I cannot think of Danny, Kim, Patti, Bob Clark, Bix Warden, Nancy Bennett, Tom Carolan, Jim Lawrence, and many that I am unfortunately forgetting, without smiling and knowing that we shared an absolutely once in a lifetime adventure: to be part of one of the biggest selling albums of all time, on a ride alongside some of the nicest people I’ve ever met in the music business.

Most of all, I love you Darius, Dean, Mark, and Jim.  You created a dream that the world wanted to share, and I am so honored that I helped get you to the world, and if my part in your story is what’s engraved on my tombstone, I am just fine with that.  It was the best kind of story.  And what we believed in and went through will link us like brothers, and I will love you like brothers, always.

I wish every one reading this a chance to enjoy the same feeling.  You can find it by finding something you know is worth standing up for, worth working for joyfully, and worth enduring all the obstacles and nay-sayers for, while keeping an open heart and making art without the obstacle of dishonesty.

hootie and the blowfishnoise the column

Watch this Video of the Freedom Tower Being Hit by Lightning