It is my understanding that AC/DC is readying a new album and tour without founding guitarist Malcolm Young.  I understand that these things are a necessity sometimes — people get old/tired/sick/need to set aside a year to FINALLY read Ulysses — but AC/DC without Malcolm Young is like the 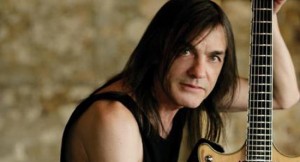 Ramones without Johnny Ramone.  When you hear AC/DC, when you IMAGINE that sound, the grunting, barking, dog-chewing-chain grunt of a guitar PLOWING OUT circular riffs like a medieval monk angrily chanting Kinks’ songs, that sound, that sound, THAT SOUND, is the sound of Malcolm Young.  See, Angus is just the cartoon character, the window dressing; the RIFFS, that sound of an ugly but very cute dog working his way up from Hades and banging on the gates of heaven, THAT SOUND IS MALCOM YOUNG.

WHY IS THERE A MARTIAN ON THE FLINTSTONES?  This confuses me so goddamn much.

This is an incredibly un-timely and only marginally interesting observation…but, okay, you know that rather decent song by the thoroughly insufferably Joe Jackson, “Stepping Out”?   Okay?  WHY am I the ONLY person who has noticed that the central theme/melody/feel of “Stepping Out” is virtually completely lifted from the “spacey” middle section of “Who Are You” by The Who?  Now, this may have been a subconscious rip-off – in fact, I am going to give ol’ Joe the benefit of the doubt and say it probably WAS an unconscious rip-off – but it is STILL a complete lift.  You’ll find the “source” material starting at about 3:15-ish of “Who Are You.”  You will listen to it and go “Huh, how about that.  That is really something.  I am not 100 percent sure I agree, but I sure like what he had to say about that AC/DC fellow.  Do you feel like going to Carvel?  Can I talk you into that?  No?  Allright then, I’m going to open the salsa we just got.  While I’m up, can I bring you a Fresca?”

MAYBE THEY WERE THE SAME MARTIANS THAT HELPED BUILD THE PYRAMAIDS.  I’m not sure the time-line works out, but I have to wrap my head around something here to BALM MY DISORIENTATION.

Why isn’t EVERYONE raving about a recently-released album called A POSTCARD FROM BRITAIN by The Sensible Gray Cells?!?  This is EASILY my favorite album of the year, and an absolute FUCKING must for ANY lover of whimsical, quirky, sunny, bittersweet, ringing, singing, sighing, and chiming BRITISH POP.  Seriously, maaaan (or womaaaaan), IF ANYONE READING THIS LOVES XTC, ROBYN HITCHCOCK, the GOD-LIKE Bram Tchaikovsky, THE dBs, early R.E.M., you know THAT sort of thing, THIS RECORD IS A MUST-BUY.  Evan Davies are you listening?!?  The album also proves that “classic” artists can suddenly, well into their middle-age, pull their BEST work out of their ass; The Sensible Gray Cells are the AMAZING Captain Sensible of the Damned and one-time Damned’ bassist Paul Gray (Gray performs on two of the Damned’s masterpieces, Strawberries and The Black Album) (Yes! I Mentioned Strawberries three times in two weeks!).  Postcard From Britain is a gorgeous, intimate, wise and acidic look at Britain in the 21st Century, a bit reminiscent of a darker Ogden’s Nut Gone Flake (the Small Faces’ conceptual classic); if you love thoughtful, thought-provoking, melodic, melancholy British pop, you will adore this album, and “Lottery of Life” is one of the best songs of the decade.

(Evan Davies, by the way, lived across the hall from me in my freshmen year of college, when I resided at the legendary Weinstein Center of Student Living.  He has exquisite taste and is one of the only people I know who became a college radio DJ when he grew up, and he is a majestic treasure and treasury of American college rock. He can be found on WFMU.  In the fall of 1979 when Evan and I still had “teen” as the last four letters of our age, we went to the amazing New York niteclub Hurrah to see the afore-mentioned Bram Tchaikovsky [whose Strange Man Changed Man

is one of the great masterpieces of powerpop].  We positioned ourselves at the front of the stage, as usual.  At some point during the ringing glory that was the set, Bram leaned down, while playing, and whispered into Evan’s ear.  He said “D’You like rock’n’roll?”  Evan happily answered in the affirmative.]

NOT ONLY THAT, but WHY do FRED and BETTY have “normal” eyes (with whites and pupils) BUT WILMA and BARNEY just have all-black/all-pupil-eyes?!?  This DISTURBS me.  It implies a genetic connection between Fred and Betty and between Wilma and Barney, or PERHAPS Barney and Wilma suffer from OCULAR MELANOSIS, a condition which could account for this discoloration of the whites of the eyes.  Ocular Melanosis occurs in roughly 1 out of every 5,000 people, but the odds of it appearing so SEVERELY in neighbors is rather odd.  It is also unlikely that Barney and Wilma can be cured, since OPTHALMOLOGY IN THE STONE AGE WAS PRIMITIVE AT BEST.

“A review on Thursday of a performance by Adam Schatz’s rock band Landlady at Rough Trade NYC misstated how many albums the group has released. It is two, not one; its latest is “Upright Behavior.” The band’s first album, “Keeping to Yourself,” came out in 2011.”

Ahem.  GODDAMMIT we are the NYFUCKINGTIMES and WE WOULD RATHER SIT SQUATTING IN ANNE FRANK’S ATTIC LISTENING TO TOM CARVEL HUM DANNY ELFMAN’S GREATEST SOUNDTRACK HITS THROUGH HOLE IN HIS THROAT THAN MAKE AN ERROR ABOUT SOME OBSCURE FUCKING BROOKLYN BAND, godforbid we should offend some Oberlin Dropout with a banjo and a couple of Elliot Smith records on vinyl, though apparently THE MOST MUNDANE DETAILS OF METALLICA’S CAREER MEAN NOTHING TO US (the latter being a reference to an egregious error the Times made last week, when in a RARE story NOT about Brooklyn hipsters, Alan Cumming, or Russian Billionaires, the Times completely MUFFED a fundamental detail about the career of ONE OF THE MOST FAMOUS BANDS OF ALL TIME).  Come on for the LOVE OF the formless beings who live in the Buddhist realm of Naivasaṃjñānāsaṃjñāyatana (the sphere of neither perception or non-perception) IF I REALLY GAVE A FUCK ABOUT THE SAD MEWLINGS OF SOME BROOKLYN HIPSTERS I WOULD EXCHANGE TEXTS WITH SOME DROOLING 22 YEAR OLD BARD GRAD I MET ON THE L TRAIN, I would not be TROLLING the Corrections section of the NYfuckingTimes.  Seriously.

More amusingly…”An article last Sunday about the history of ‘The Star-Spangled Banner’ misstated the opening tempo for a version of the song planned by the baritone Thomas Hampson. A jaunty one-beat pickup will substitute for the stately descent of ‘O say’ — not a two-beat pickup.”  I don’t get this AT ALL but I rather love the word “jaunty,” so on that note…

IF IT MAKES ME FEEL BETTER TO BELIEVE THAT THE MARTIAN ON THE FLINSTONES HELPED BUILD THE PYRAMIDS – Mayan or Middle Eastern, I really don’t give a damn, your choice – IS THAT ANY SKIN OFF YOUR ASS?

And finally Porcupine Tree are so much infinitely better than Radiohead, why don’t people get that?

This Is The Greatest Rock ‘n’ Roll Song

Our Video Tribute to Las Bicicletas In Brooklyn Heights