As children, we are awed and entertained by dinosaurs because they have a scale and size incomprehensible to us, yet being both extinct and easily reducible to toy and cartoon, we can manage these fantastic objects. Our world at that age is incomprehensibly large, inaccessible and mysterious; so we turn to these great creatures to bridge the gap between dream and nightmare, fantasy and reality.

An early love of the space program – common to us children of the 60s, but perhaps not as common to later generations – served a not dissimilar function. The whole idea of Man in Space was a manageable giant, something we could grasp and wrangle for our own amusement, unlike so many of the other inaccessible mysteries of our life at that age. 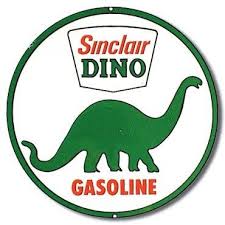 When we outgrow dinosaurs and space travel, we need to find new links to a world that is not yet quite to our scale; these links must appear substantial and heroic but non-patronizing and befitting our (slightly advanced) age. For many pre-pubescent (even if puberty presents its own set of scarring catastrophes, at least from that point forward we can exist more or less on the same physical scale as the adult world), something that is accessible yet still rich with myth and heroics is sport; like dinosaurs, sports allows us to look up but still touch.

I was a little different. Yes, I collected baseball cards and avidly followed the nearby New York Mets, but for me, the primary pre-pubescent myth in my life, the link that made the mostly-remote adult world both tangible and malleable, was news.

From around age 8 or so, I was a serious new junkie. This made me feel both part of the distant adult world and distinct amongst my peers. I would make a point of watching virtually every minute of the Channel 7 news at 6, switching over to CBS to watch Cronkite at 7. I always watched the 11 O’clock news, too. In addition to this, I would read Newsday literally cover to cover every day, and would struggle through at least a few columns of the New York Times. Perhaps most significantly (and the most certain evidence of my addiction), before my age had even hit two digits, WCBS Newsradio 88 was on somewhere in the house at all times, and I would keep it on all night (I was well into my 30s before I abandoned the habit of sleeping with all-news radio on).

Frantically following the events of the city, the nation, and the world – from the utterances of Mario Biaggi to the proclamations of Governor Rockefeller to the body counts in Vietnam – made me feel like I was relating, successfully, to something much larger than myself at a time when very little else in my environment (school or family) was giving me much to work with. News had become my new dinosaur, the manageable giant, massive in scope but scaled just to my size.

The climax of my life as child news junkie happened 40 years ago tonight. 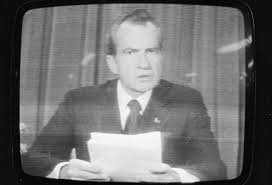 A brief aside about generations: there are a few moments when everyone, regardless of class, race, or location, are glued to the TV. 11/22/63, 7/20/69, 8/8/74, 1/28/86 (the Challenger Explosion), 9/11/01. The onset of the internet era, surprisingly, has not effectively altered this, because live television is still the best medium for instant dissemination of picture-friendly live events (and you will note that in the prior list, I omitted two extraordinary moments of shared news – the assassination of John Lennon on 12/8/80 and the death of Princess Diana on 8/31/97 – because neither of those actually unfolded in front of us on TV, as those earlier events did; they were merely reported). We are defined by these moments, if for no other reason than they create universal touchstones; we all can remember where we were on these days, and the presence of these bookmarks in the hippocampus ease the process of recollection and nostalgia (i.e., we don’t just remember we were watching CNN during 9/11, we remember the apartment we lived in, the TV set, where we purchased the TV set, what meal would remain uneaten, etcetera).

On August 8, 1974, along with most of America, I watched as U.S. President resigned from office for the very first time. I sat cross-legged on the floor of a family den in Great Neck, Long Island, my face only ten inches from the television screen, almost in an apoplectic state of excitement over the notion that I was watching history. After all, I was the kid who was too excited to sleep when Yankee pitchers Fritz Peterson and Mike Kekich announced they were swapping wives, and here was a President, resigning. Not only did I watch it, but I taped it, on a prized cassette recorder which I jammed up against the TV’s speaker; and not only did I watch it and tape it, but I saved every issue of Newsday and the New York Times for a week before and after the event.

For a 12-and-a-half-year-old boy, it was a perfect storm of news hysteria. I do not honestly believe I formed any actual opinion about the event; I was just enraptured on two significant fronts: It was NEWS, giant, undeniable, world-impacting NEWS, and secondly, it set the massive news machine in motion, as all the newspapers and TV stations (local and national) and news radio stations hummed and whirred importantly and obsessively (I now recognize that what I was really intrigued by all that time was the process of news reporting, it’s creation, dissemination, and history – but more on that at another time).

It was also the climax – the final blowout, the ultimate, farewell fix – of my life as a child news junkie. Soon, very soon, the obsessive romance with news would end (at least it would lose its’ fanatical flavor). My need to have that link to the larger adult world, the final step in the dinosaur-to-space race to-sports-to-news fanatic flow chart, would lose its fuel, as two important factors entered my life: puberty (which allowed me to visualize the onset of equality in the adult world, a concept that is virtually unimaginable to the pre-pubescent), and the entry of rock’n’roll into my life.

Rock’n’roll was the final dinosaur; it was as full of myth and miraculous characters and stories as the legendary dinosaurs, astronauts, or athletes, but these people, these men and women behind guitars and mics and in front of amps and under the lights, clearly had been teenagers, and they told our story.

So on August 8, 1974, I kissed Nixon goodbye, and made room in my life for Ray Davies, who has yet to resign from office or lose his place in my heart. 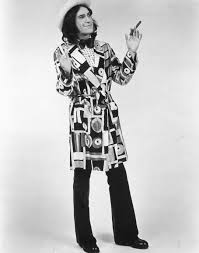