This past Sunday was the 32nd anniversary of the release of Chronic Town by R.E.M.

I tried writing about this event with some objectivity, wit, or erudition, but failed.

However, here’s what I did come up with: 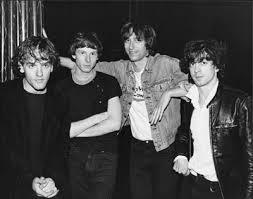 R.E.M. were the band of our time.  They weren’t necessarily the best band, or the one we loved most or longest, but they were ours, ours, ours, ours.

If the college rock revolution had a July 4, 1776, it was August 24, 1982.
(And like all revolutions it featured many strangely hot girls who owned Big Star records and didn’t shave under their arms)

My generation were the little brothers of punk rock.  We were four, five, six, seven, eight years younger than David Byrne, Pete Shelley, Tom Verlaine, David Thomas, Colin Newman, Andy Partridge, and all the 89.1 heroes whose vinyl filled our lives; even the (slightly) more recent objects of our alt-passions (like Julian Cope, Ian Curtis, or Ian McCulloch) were still notably older than us.  This left us prone to seduction by the inferior tribes of ska and hardcore simply because they were closer to our age.   As we sluiced even further into the 1980s

(like we were riding a subway car full of pink and gray neon posterboard-people trampling on the bluefiush-blue down jackets of the ‘70s, accompanied by the bleat of Ed Koch’s bloated boasts and the confusing wobble of 45’s warped by the flaking bone-colored radiators of our first post-dorm apartments)

We were eager, terribly and beautifully eager, for a user-friendly form of college artrock we could call our own, one that felt like it was made by us and for us, but had the potential to exist on a far greater stage.

they were us, they were ours;

right away, we recognized them from our time spent standing in front of the mirror miming to Velvet Underground records, tossing our hair like Lance Loud, and dancing like Vanessa from Pylon. The discovery of R.E.M. was our Ed Sullivan moment (whenever that moment came, whether it be the indie release of “Radio Free Europe” or their masterpiece, the mushroom-laced kudzu gothic of Fables of the Reconstruction, or the deep, melancholy sweetness of Murmur or Reckoning); much as an entire generation wanted to grow their hair moppishly and pick up guitars after seeing the Beatles on TV in February 1964, when we

we sensed that our time had come and the art of our heart’s desire, formed by cliquish devotion to dBs and Byrds and Big Star and Love and Beach Boys and Kinks and Move and Patti and Brautigan and Groovies, had suddenly found aggressive, physical, charming, and public voice; someone had formed the band we wanted to hear, someone had beaten us to it, and we couldn’t have been happier.  We had found the band we had theorized but perhaps never believed could be realized, the band that blended art and tradition better than any band of our time.


In those years (specifically ’82 through ’85), to us (those of us who were 18 to 25 at that time), R.E.M. became the friend at whose house every party started, that party where we would talk with abandon fueled by coffee and Heineken about all our favorite books and films and records and poets, and where we would meet every girl or boy we would instantly fall for (for at least eight days).  R.E.M. were us, in a way no other band had ever been us

(Us: shifty, sassy outsiders born in the years of JFK and LBJ, now entering the heartbeat of our 20s and shaking off the idea that we were a footnote to someone else’s past.)

R.E.M., and the friends we made through their fandom, were us, sharing our influences, our literary and musical and artistic and social and political interests, our beliefs that music could be popular without apologies. R.E.M. was the first band we loved who were the best versions of us, the first band who we could look in the eye and just know they came from the same place as us, the first band who would know just what we meant when we made a sly reference to Kimberly Rew or Chris Bell or Robert Frank or Wim Wenders and who would agree that the redhead sitting over there who drank John Courage and loved the Wooster Group looked very good indeed.

Some of you will scoff at these strong, romantic, childish words; but I suspect there are many of you out there who will know exactly what I am talking about.  We have to recall that feeling, that love we felt for those rich enchanting arpeggios and those sexy, enigmatic mumbles, and not feel any shame; we were right, right, right. They were the first band of, for, and by generation college rock, and the first band of that generation to get it all right. 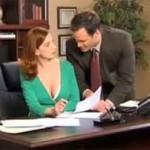 (Oh, and by the way, Layne, if you don’t own that first EP and the three albums that followed — once again, that’s Chronic Town, Murmur, Reckoning, and Fables of the Reconstruction — I have ZERO hesitation in stating that NOTHING you have to say or think about alternative music has any value, and I would be better off talking about Nick Drake or Tim Buckley with  Mayim Bialik or even Allison Mosier, the girl on the Cami Secret commercial.)

Eventually, we would recognize that we were not the youngest child, but the perennial middle child of the alt revolution — too young to be David Byrne, too old to be Kurt Cobain. But there was a little while when our age was perfect: for a shimmering time in the 1980s when we were drunk on youth’s true perfect years

(Youth’s True Perfect Years: the early/mid 20s, when a person is finally old enough to know how to have some genuine fun yet still too young to know better),

everything was right, and R.E.M. was our soundtrack, and R.E.M. told our story better than we could tell our own, and made us believe that our dreams that the words “art” and “commerce” were not necessarily oxymoronic could actually be true.

Thank you Peter, Mike, Michael, Bill, and Jefferson. Somewhere in my heart it is always August 24, 1982.

(And thanks to Glenn Boothe, a great friend and a legendary Triangle club booker, for reminding me of the date).

Eff You, Beatles: Or Why You Need To Know About “Rockin’ Rochester USA”

Opinion: Reclining Your Airline Seat Puts You in League with Satan