Don’t let the ridiculous costumes fool you:  Paul Revere & the Raiders were a proto-punk rock act, plain and simple, and should be spoken of with the same awe and admiration we attach to the Troggs, the Monks, the Sonics, the Remains, et fucking al.

See, someone had to build the road between Eddie Cochran and the MC5.  The Beatles certainly weren’t doing it.  I mean, the Fabs were doing their own thing, and I come not to bury the Beatles, but to praise the custodians of the flame of Huey Piano Smith and Bo Diddley and Johnny Burnette and all those who insisted on keeping things trashy and simple throughout the 1960s, in the face of multiple assaults by oboe and sitar-wielding Donovanistas.

So when you make that list and carefully mark off all your gorgeously obscure garage-rock favorites, please do not forget Paul Revere & the Raiders, who stomped on the seeds sown by the flower children pretty much as well as anyone (except maybe the Troggs and the almost Crass-simple Sonics).

To my mind, the best Raiders material sounds like Joe Meek producing the Kinks – there is a distinctly freaky-beaty Meek-ish thump attached to their caveman-simple Northwestern party rock, and let’s face it, “Just Like Me” features one of the best Kinks’ riffs never written, and so much else the Raiders’ did – “Hungry,” “Kicks,” “Stepping Out” — were leering, lunging, lurching garage classics, salvaged from future-collector obscurity by the sheen of the Los Angeles session musicians who must have loaded up on the cough-syrup and Lucky Strikes in order to perfect these beautiful slugs of trash.

Yes, there is some distinctly accomplished 12-string work, though it’s applied to some pretty sinister ends (the Raiders use it to forebode, as oppose to the Byrds, who used it to uplift), and there are presages of the Doors (“20th Century Fox” is, at heart, just an extremely pretentious Raiders song), and (more applicably) a lot of sideways glances at the exquisite Mexi-trash of Sam the Sham and Sir Douglas Quintet and Question Mark And the Mysterians; but like the Wailers and the Sonics alongside them, the Young Fresh Fellows a decade and a half later, and Mudhoney about five years after that, the Raiders were pure Washington State dance-hall riff’n’grind, music to sip grain alcohol and Kool-Aid and dry-hump a stranger to. These trashmen just happened to make it the mainstream. It is no bloody accident that the Raiders came this close to beating the Kingsmen to “Louie Louie” – the Raiders recorded their version (essentially a cover of the cover cut by Rockin’ Robin Roberts and the Wailers in 1961, not actually a cover of the original ’57 Richard Berry doo-wop greasy stomp) on April 13, 1963, exactly one week after the Kingsmen recorded theirs (oh, and the Raiders were the first, lest we forget, to record the punk-embraced slimy slab of pre-Sabbath riffery, “I’m Not Your Stepping Stone,” beating the Monkees to it by about half a year).

Like the Dave Clark 5, who also get severely neglected when one discusses ‘60s punk, the Raiders get a raw deal because of all those smiles and all those gimmicks; but both bands – the grinning, prepped-out DC5 and the ridiculously costumed Raiders – are essential in clearing and building the path that led from the joyous slap’n’slop of Chicago and New Orleans rock’n’roll straight to the advance-men of punk, like the MC5, the Flaming Groovies, and the Stooges. In fact, both bands – the DC5 and the Raiders – both need to be avidly viewed as garage punks gone good, and they should not be punished because of their success.

And it is ZERO accident that both the Raiders and the DC5 covered raucous, bar-top beating Hadacol-hyper New Orleans rock/r’n’b songs, a genre the Beatles studiously and consciously avoided like the freaking plague; the Beatles, despite their Hamburg hearts and Hamburg hype, hated primitivism; virtually alone of the Brit invasion bands, they avoided covering Bo Diddley or New Orleans r’n’b, and do not think for ONE SECOND that this was an accidental oversight.

The DC5 (intentionally) took Joe Meek’s stomp and cleaned off the edges but not the delivery, and those classic DC5 thumpers, sounding like an r’n’b band providing the entertainment at Hitler’s Beer Hall Putsch, are some of the most ridiculous (in a good way) records of the decade, with a air of aural destruction that still has not been equaled (made even more remarkable, lest we forget, by the fact that the DC5 are virtually the first self-produced band).  And both bands sound nothing like the Fruity Beatles, and both provide a beautiful illustration of how full of glory, power, and raunchy rock’n’roll spit-soiled-gravy the world of ‘60s rock was outside of the Beatlesphere, and that the potential existed to have a whole, very goddamn complete story of rock written without the Beatles scribbling their name in the margins of every page and paragraph. 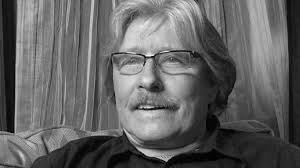 But I have come not to demolish Beatles Infallibility (as much fun as that is) as much as I have come to honor and memorialize Paul Revere Dick, aka Paul Revere, who left this incarnation a few days ago.  He leaves a lot more than a silly hat, you see.