There is a gorgeous arrogance to the idea of Western Pop Music, a truly child-like presumption that our kind of music is pretty much the kind of music. We assume, with the hydrocephalic, grinning visage of a Family Circus character, that throughout the history of mankind all pop music has pretty much sounded like the stuff we’ve been performing/absorbing for the last century.

Call it the Ben Hur phenomenon:  In movies like Ben Hur (or any big decadent drama that portrays another age or culture), we hear all these triumphant, heraldic trumpets and stirring, string-sawing marching songs that just happen to feature perfect western tuning, and the same kind of harmonic notions the Beatles used on Penny Freaking Lane.  Um…has it occurred to anyone that perhaps the Egyptians or the Romans or, I don’t know, the freaking ORCS may have had DIFFERENT IDEAS about harmony and rhythm and song structure than Irving Berlin, Abba, and Paul McCartney did?  Shit, that maybe people in Thailand or Nigeria or Cairo have different ideas about pop than we do?

This is the Santa Claus myth that supports the entire infrastructure and implied megalomania of Western pop/rock, this idea that OUR GIFTED CULTURE has landed on THE perfect and final formula for musical harmony, melody, and structure. 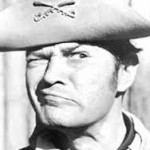 Homo Sapiens – that is, men and women absolutely biologically and mentally compatible to you, me, miniature traffic reporter Jamie Shupak, legendary New York Mets infielder Ed “The Glider” Charles, Ottoman emperor Suleiman the Magnificent, Beastie Boy Mike Diamond, Larry Storch, Simon the brother of Jesus, Dick Cavett, Roman Emperor Elagabalus, Garrison Keillor, FDR Vice President John Nance Garner, Jimmy Pursey of Sham 69, etcetera – have been around for fifteen thousand centuries.  Music has been around in some form for just as long; people all over the planet have been praying, working, fucking, and dancing to music that entire freaking time, 150,000 Years (and probably before then, too, because who is to say music was the exclusive province of Homo Sapiens?).  Yet, many of us assume that it’s always sounded like “Please Please Me” or “Camptown Races” or “The Logical Song” or “Gonna Fly Now,” the theme to Rocky.

It hasn’t.  Personally, I have very little idea what they danced to 2508 years ago in the palace of Siddhārtha Gautama before he became The Enlightened One, and nor do I have the slightest notion what music was played in the Court of Pepin the Short when he was crowned King of the Franks in 751; but I bet in both cases it was filled with all sorts of delicious and luxurious and revolting and enchanting moans and thumps and hisses and drones and briny, serpentine slurps and slabs of anti-melody and ethereal whisps of silky harmony; I mean, I have no idea what it sounded like (and neither do any movie producers), but I am very goddamn sure that a) it represented the most archetypal form of current music and b) it sounded nothing like what we would consider music. 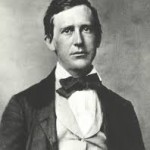 Stephen Foster. “The Logical Song” by Supertramp is, in part, his fault.

I also believe that the current epoch of Western music is a blip on the cultural map, and we may be in the sunset years of said era (the West:  North America, Western Europe, and English speaking areas of Australasia).  This post-Stephen Foster period in music features an enormously diverse army of composers and performers absorbing aboriginal and ethnic musical forms (from the American south, the Scottish highlands, Acadian Canada and everywhere in between), sanding down the rough bits, and creating a song-form that was fairly tightly regimented in terms of structure, tuning, scale, and harmonic construction (I am short-handing wildly, because this is a long story; how else to explain how the chants and dances of Congo Square, where New Orleans’ slaves celebrated their state-mandated day-off, can still be heard in the music of Iggy Azalea or Led Zeppelin? Or how all conventional American pop, even fun., Justin Bieber, or Taylor Swift, owes a serious debt to Minstrelsy, the discredited art form in which mainstream American pop was first disseminated in any significant way?).

But the clock is ticking.  I have long, long thought that the majestic, creative, and viscerally powerful minimalist and drone composers of the last fifty years – the heavenly Stuart Dempster, the insanely inventive and energizing Ellen Fullman, the deeply evocative Pauline Oliveros, even the extraordinary tics and blips and Escher-stairs and acid circles of Terry Riley – may very likely be forecasting the future of mainstream pop music.

I also feel that these afore-mentioned composers are playing music that refers, both theoretically and perhaps with some trace of the collective unconscious that Jung sung about, to the songs and sounds of the past; which is all to say that a) I suspect that the pop of Nefertiti or Charlemagne’s ’s time sounded a lot more like the music of Fullman or Dempster than it sounds like any contemporary pop, and b) I suspect the pop of the future – perhaps even a future as close as 25 years from now – may sound a lot more like Fullman or Dempster than it  sounds like the Beatles .

Which brings us to Soused, the startling new album by Scott Walker and Sunn O))).

Which we shall discuss tomorrow.

I tell The Turtlenauts of Zond 5 about the Replacements, Joe Ely, Phil Ochs, the Mekons, and the lack of a true self

Shall we name the world’s most underrated rock band?