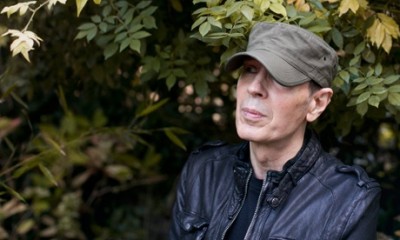 Yesterday, we were talking about how we may be entering the Sunset Years of conventional Western Pop. I posited that it is virtually impossible for many Westerners to conceive of a form of popular music that is different from the one that we have been engaged with for the last century and a half (this also applies to niche/underground music forms, which are generally variations of the same theme – i.e., whether it’s “Anarchy in the U.K.,” “Captain of My Heart,” or “Edelweiss” from The Sound of Music, you’re still dealing with the same tunings, the same basic song structures, and the same concept of what an instrument does). Yet there was plenty of music in the 150,000 years before Bing Crosby, Irving Berlin, Green Day and Lady Gaga, and I guarantee you that very, very little of it sounded a goddamn thing like what we arrogantly call pop music.

A long shot of our place in time will reveal that all these artists – and Abba, Suicide, and Tim McGraw, too — play pretty much by the same regimented rules of tuning, structure, scales, harmony, etcetera, and listeners in the year 1204 or 1428 (much less 44,000 years ago) would almost surely not have been able to tell any of them apart (if such an experiment were possible). Nor will non-academic listeners 1108 years from now be able to tell Husker Du from Willie Nelson; I know this may be difficult to imagine, but I can pretty much guarantee it.

And in yesterday’s column, I suggested not only that this age of tightly-regimented Western pop may be ending, but also that in the near future, pop may resemble the work of recent avant-garde and minimalist musicians who dealt largely with the kind of drones which surely powered music in earlier millennia and non-Western cultures.

Curiously, the far-left edge of heavy metal (encompassing elements from extreme metal, drone metal, death metal, and speed metal) are actually the forces leading the union between 20th Century avant-garde and Future Pop (and skipping over contemporary pop tropes almost entirely). Virtually no mainstream media shines any light on these bands – even hipster underground sources tend to ignore them – but they are both vastly popular and the front line of the new/next musical revolution. Sunn O))), Nortt, Om, Earth, and Boris — to name just five — are all doing remarkable work which steps away from commonly accepted Western song forms and tunings but retains the traditional energy and spirit of rock’n’roll.

In the context of anticipating the future of pop, Soused, the new collaborative album from Scott Walker and Sunn O))), is a landmark work.

There are artists who sometimes step away from their pop-based bread and butter to make deeply adventurous yet artistically and emotionally coherent work. Neil Young immediately comes to mind, and the work Paul McCartney does with Youth as The Firemen. But these artists always return to the mainstream; Scott Walker, who produced some of the most exquisite, bittersweet, and moving pop of his era, went to this “art place” about 30 years ago…and had the courage never to come back. 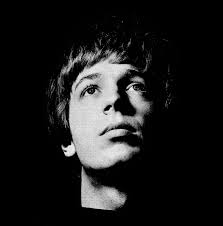 Scott Walker, a long time ago

Lest we forget, Scott Walker was the vocalist in the Walker Brothers, who in the 1960s combined Spector-like dramatics, Brian Wilson depth and moodiness, Jack Nitzsche cinematics, and Four Seasons radio-pimping to produce amazing slices of epic teen pop melodrama; and in the late 1960s and 1970s, Scott produced dark, precisely arranged work, deeply influenced by Brecht/Weill and Brel/Gainsbourg/Piaf. In the mid/late 1980s, Walker took a radical turn and literally set about inventing his own genre, seemingly connected only to a musical history he imagined in his head and heart. No one, and I mean no one, and I mean no one, and I mean not even Neil Young at his most obstinate and adventurous, has tried to go as far as Scott Walker did from his “mainstream” roots, and no one except for Scott Walker has actually stayed in that place.

Most of Scott Walker’s albums for the past few decades have been brilliant but challenging almost to the point of being theoretical; we were in awe of their concepts and their execution, but the work required the listener to remain aware and conscious of the experience itself – it was sort of like never being able to quite relax while watching a foreign film because you have to read the subtitles. Climate of the Hunter (1985), Tilt (1995), The Drift (2006), and Bisch Bosch (2012) are remarkable and almost singular examples of what happens when a major recording artist decides to respond only to the muse in their own head; full of hisses, thumps, melodies that don’t appear to correspond to the instrumental accompaniment, the sounds of agricultural and the sounds of industry, WalkerLand is a place that abandons anything we children of Western Pop generally consider rhythm, melody, and structure. How to describe this era of Scott, which virtually defies comparisons? Oh…Throbbing Gristle meets Flowers Of Romance-era PiL meets Einstürzende Neubauten meets Gene Pitney meets The Birthday Party on a variable-speed turntable meets an eccentric professor teaching the history of Eastern Europe inside a mosque, with the whole thing scrambled at the last minute to insure that anything readily identifiable as melody-corresponding-to-chord or rhythm-corresponding-to-melody is barely detectable. These works are an extraordinary example of an artist creating challenges in order to put the listener on high alert, all these scrapes and bangs and rumbles and drum rolls and fire extinguisher-hisses fashioning an event which makes the listener part of the experience, makes the presence of the listener the aspect that completes the experience.

In other words (and I say this as a HUGE fan and supporter of the magically adventurous work of Scott Walker), a lot of Scott Walker’s music for the last thirty years has sounded like, well, homework. Fantastic, fascinating homework, but listening to Tilt, The Drift, or Bisch Bosch was like reading Ulysses: you know that you’re hearing something incomparably brilliant, but boy do you have to pay close attention, and maybe it would be easier to just listen to Fu Manchu.

Soused is a different story. 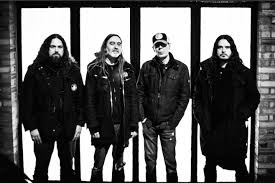 Sunn O)))’s super-slow-motion mountainous slabs of dark starless-night guitars serve as the perfect frame and wrangler for Scott Walker’s moans, gasps, whip-cracks, threads of melody, and spurts of dogma; Walker’s usual instrumental vocabulary – which often sounds like a particular vicious trick-or-treater angrily hurling eggs at a warehouse full of cow carcasses, drums, and auto parts – is implied here, but instead of being in the forefront, these hisses, whacks, and machine-coughs serve to accent the incredible, almost word-defying work of Sunn O))). The GIANT guitars, the MASSIVE guitars, crawling so slowly that I swear they give the impression of time going backwards, compel dear, pleading, serpentine Scott Walker to work his way out of corners and stand on chairs to avoid the FLOOD of pure meat-chords. The result is that Scott makes more sense here than he has in decades and decades; his singing sounds far less random and more a logical compliment to the armageddon flood of Sunn O))) watery beef farts. Scott sounds like Noah calling out in some Muezzin howl for all the animals to get on the ark, and bloody quick, too.

(No video exists yet for any Soused track, but this preview gives a pretty good idea of the landscape)

True, Scott still favors that strange upper-register sharp/flat Lydon-meets-Gene Pitney keen that he has used consistently since removing himself from the world of mainstream pop; but whereas this odd register seemed to be anti-melodic before, there’s something about what Sunn O))) do that harnesses the bleak, child-mourning howl, and now it actually makes melodic sense.

Not only that, but perhaps challenged by the fairly precise (albeit simple) melodicism inherent in Sunn O)))’s turtle-climbing-up-the-Space Needle-while-listening-to-Sabbath-at-8 RPM chords, Scott occasionally takes a few steps away from the Muezzin stuff, and spells out a precise melody line here and there; this is beautifully shocking when it happens, and proves something many of us have long suspected: Scott can still “sing,” can still come up with a coherent and moving “traditional” melody line, he just chooses not to.

Album of the decade. 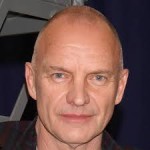