Yesterday, the media/interweb obsession with Kim Kardashian reached a kind of panic-like fury that could only have been equaled if a 168-foot tall Kim had appeared in Columbus Circle and blown the rampaging Stay-Puft Marshmallow Man.

Also this week in The United States of America: It was announced that the Presidential Medal of Freedom is going to be presented, posthumously, to James Chaney, Andrew Goodman, and Michael Schwerner.

First, here’s what I think of the whole Kardashian Kerfuffle:

50 years ago, James Chaney, Andrew Goodman, and Michael Schwerner went to the American South to protect African Americans’ constitutionally guaranteed right to vote. They were 21, 20, and 24 years old. Although the American Civil War had technically ended 100 years earlier, in 1964, most descendants of slaves living in the American South were still prevented, by law, by intimidation, and by force, from voting; and virtually all descendants of slaves living in the American South did not have anything remotely like equal access to education or jobs. In one of the final, most important, and most violent battles of the American Civil War, Cheney, Schwerner, and Goodman, ages 21, 20, and 24, were tortured and murdered by people who wanted to continue to deny African Americans the right to vote and equal access to jobs and education, and who resented these brave young men’s efforts to peacefully address this equality.

Unless Kim Kardashian is photographed digging up the corpses of the men who committed these crimes and pissing on their bones, I do not want to hear her freaking name.

Unless Kim Kardashian makes it her personal mission to find the surviving men involved in this crime and personally accompany them to Washington to see a black President present the Medal of Freedom to the survivors of Chaney, Goodman, and Schwerner, I do not want to hear her freaking name. 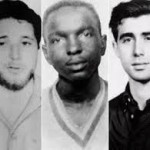 We know no heroes like James Chaney, Andrew Goodman, and Michael Schwerner, who died, without touching fame, at age 21, 20, and 24. Fame was a foreign country to them, and they had no desire for a passport; they only wanted to peacefully address a savage inequality that existed in America far, far longer than it should have. They did not want to sacrifice their lives to re-address this abomination, but they were willing to. Ask yourself, who do you know who would be willing to sacrifice their lives to change something that did not necessarily effect them personally? Chaney, Schwerner, and Goodman could have stayed in college, listened to music and drank cheap beer and had clumsy sex with supple college girls and gone on to live rich, productive, and rewarding lives without choosing to risk their lives to protect the constitutional rights of millions of Americans. But they did. And they were tortured and died doing so.

James Chaney, Andrew Goodman, and Michael Schwerner are the Mothers of American Freedom. And we Americans should honor Mothers, and that kind of sacrifice, not fame. 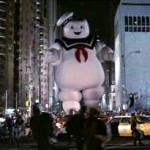 It is a grotesque myth that the American Civil War ended at Appomattox Court House on April 9, 1865. At the end of the War, no system was set in place to establish anything remotely resembling equal rights or equal opportunities for the former slaves and their descendents; Reconstruction, which was (very) partially supposed to address those issues, was extremely flawed to begin with, and completely abandoned after the extraordinary Presidential election of 1876. In that election, the Democrat Samuel Tilden defeated the Republican, Rutherford B. Hayes; but the Democrats – remember, please, the Democrats were the Party of the South and the financial and political interests of the Southern white powerbase – agreed to “throw” the election to the Republicans and Hayes in exchange for the end of Reconstruction, and any attempt by the Republicans and the North to re-address the economic and social inequality of Southern African Americans. It was one of the most stunning and important moments in American history, and insured that the Southern status quo established prior to the Civil War would continue for nearly another century. 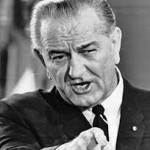 Lyndon Johnson, the President who ended the Civil War, no matter what your schoolbooks said

The Civil War effectively and realistically ended in 1964 and 1965, when Lyndon Johnson, responding to the better angels of his nature, the weight of history, and the highly public murders of people like Chaney, Goodman, and Schwerner, signed the Civil Rights Act and the Voters Rights Act, thereby announcing that, for the first time in the Nation’s history, there would be genuine Federal accountability for anyone or any system that prevented an American from voting; these actions also initiated the still-brewing battle to provide disenfranchised Americans, especially the descendants of slaves, with an equal shot at decent education, housing, employment opportunities, and the American dream. Johnson did what Lincoln, and every President since him, had been unable to do: End the Civil War and announce that the Federal government had a responsibility to honor its’ constitution and provide African Americans with the chance to partake in the American dream. It really sucks about Vietnam, because without it, Lyndon Johnson would have gone down as one of the greatest Presidents on American history, and even with the deeply troubling and murderous error that was America’s involvement in South East Asia, the steps Johnson took to finally end the Civil War probably merit him that honor.

The last and fiercest battles of the Civil Wars were fought in the early and mid 1960s by Americans who loved peace, who didn’t fight back, and were willing to die so that other Americans could vote, go to college, and have equal opportunity in the workplace. Americans like James Chaney, Andrew Goodman, and Michael Schwerner. They died for the constitution, as if they were the mothers of the constitution.

Clinton and Kane Streets Closed Because of “Unstable” Christ Church