I had the extraordinary good fortune to begin a career as a music journalist when I was barely 16. In the spring of 1978, Ira Robbins, one of the inventors of Modern New Wave/Punk culture, hired me as an office boy at Trouser Press magazine, and for some reason began running some of my stories. Actually, I had begun interviewing some pop figures for fanzines and my high school paper even before then. 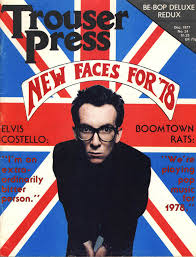 Until that time, musicians were people who existed only in the heated sibilance thumping and hissing out of the Korvettes-bought stereo set; and they lived only in posters on my suburban bedroom wall, and the pages of the NME, Melody Maker, Sounds or Trouser Press (the only magazines an anglophile teen like me would deign to read); and they were only seen from the balcony of the Palladium, through a blue haze of sweet weed smoke and an array of dull yellow, red, and green lights. But once I began interviewing these cats, they began actually appearing in front of me in real life. The first musicians I recall interviewing were Johnny Fingers and Pete Briquette from the Boomtown Rats and Paul Weller from the Jam, followed quickly by the Bay City Rollers, the Yachts, and the Sinceros; then the floodgates opened when I started hosting the interview show on WNYU (and I began getting additional journalistic assignments from the aforementioned Sounds, Smash Hits, the Daily News, and other publications). Soon, I was thinking of these people as peers, not Gods, and I even formed some long-lasting friendships with people I first met during interviews, like Martin Atkins, Michael Stipe, and Robyn Hitchcock.

The excitement never wore off, and I always considered myself very lucky to be doing something so gorgeously ridiculous and (usually) getting paid for it; but sometimes – especially when I worked for MTV and VH-1 in the 1980s and early 1990s – the interviews were done out of obligation, and my sense of reverence wore off. In fact, I often found my professionalism challenged, for one reason or another, and often had to fight the urge to act completely ridiculous. 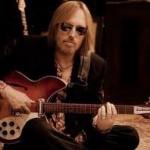 While at VH-1, circa 1990, I once interviewed Tom Petty, and was hugely disturbed by his tiny little feet. Yes, he had teeny little feet, the kind you’d see dangling from a Muppet. It was terribly distracting. I was genuinely afraid I would say, “Now tell us what was it like working with Jeff Lynne on your new album, titled Tiny Little Muppet Feet?” And I had to fight the urge to follow up that question by saying “Let’s talk about your new video for the track ‘My God, I can’t help thinking those tiny little feet would look great in a pair of 1979-style Capezios, like the kind the theatre girls would wear in high school. Seriously, man, I can’t stop staring at your feet and wondering, ‘Why aren’t you wearing Capezios, perhaps in pink or puce or some suitably 1979-ish pastel color, on those tiny little Muppet feet?’ And who will be directing that video?”

Once, in a non-interview setting, I was introduced to Roger Daltrey. Nothing had prepared me for how short he was. I had assumed, based on the low-angle shots in the Woodstock movie and The Kids Are Alright film, and all the imaging of him as a flaxen haired, laser-halo’d Rock God, that he would be, well, a lean and solid giant, about the height of Michelangelo’s David (or at least as tall as Ed Koch). But he stood in front of me, like something about to be trotted out in the Toy Group at the Westminster Kennel Club Dog Show. Years earlier, I had met Angus Young and Malcolm Young from AC/DC, who really are as small as under-nourished 6th graders, but I was prepared for that. No one had forewarned me or sent me a memo that said “Oh, Roger Daltrey will be in your office in 5 minutes, he is only slightly taller than a G.I. Joe with Kung Fu Grip.” I should have been warned, really. 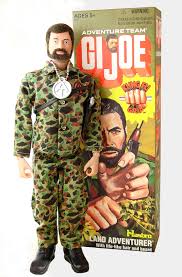 Speaking of Kung Fu grips, I had a slightly different encounter (again, in a non-interview setting) with Sinead O’Connor. We were introduced by a mutual friend outside a trailer at some event – I think it was 1990 – and she shook my hand. She had literally the strongest handshake I had ever felt. Genuinely – I am not making this up – my hand hurt for three days afterwards.

Sometimes, I lost the fight to maintain decorum. During my VH-1 years, I interviewed Genesis. Let me (briefly) explain that we were “faking” a two-camera shoot – that is to say, this was all being taped with one camera, and would later be assembled to make the viewer think we shot the thing with two cameras (i.e., one camera on the artist, the other camera on yours truly, asking questions and sagely nodding his head while listening to the band’s stupefyingly uninteresting and unrevealing responses). As part of the this process, once the question-asking part of the interview was over, we positioned the camera over the band’s shoulders, and ran tape of me fake-listening and doing the afore-mentioned sage nodding. So, we set up the cameras for this shot – again, you’d see the back of the heads of Phil Collins, Tony Banks, and Mike Rutherford and you’d see me, sitting in front of them, clipboard in hand, acting all Morley Safer-ish (or at least Charles Osgood-ish). And I just couldn’t help myself and acted like a disrespectful prick. When the cameras rolled, instead of pretending to listen astutely to the band like I was supposed to, I actually pretended to nod out and fall asleep. Then, when we re-set the shot for another take, I acted like I was gently weeping, overcome by the sadness of hearing the band recount the tales of recording the We Can’t Dance album. I should underline that the band were three feet away from me, staring me in my arrogant, insouciant faux-weeping gob, as I was doing this. Genesis was not amused. Then again, very few people were in any way amused by the We Can’t Dance album.

The Struggle Bus Episode 7: A Dab of (Talk About) Bisexuality, Why It’s Never Too Late To Start Over Even Though It Always Feels Like It Is, and Dealing with Jealousy and Control in Relationships (No Matter Where You Live)