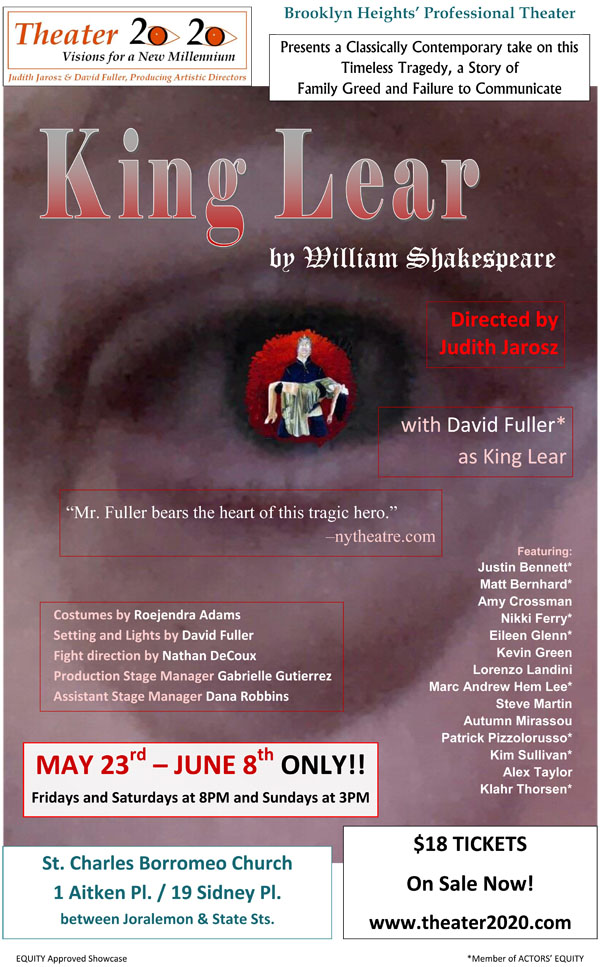 Theater 2020, Brooklyn Heights’ own professional stage company, will present Shakespeare’s King Lear starting next weekend (video after the jump). There will be performances on Friday, May 23 and Saturday, May 24 starting at 8:00 p.m. and on Sunday, May 25 starting at 3:00 p.m. The play will run through the following two weekends (May 30-June 1 and June 6-8) with performances at the same times on the corresponding days. The venue is St. Charles Borromeo Church, 19 Sidney Place. Tickets are $18 and may be purchased in advance by credit card here or with cash at the door (for reservations call 718-624-3614 or e-mail theater2020@gmail.com). From Theater 2020:

You have never seen KING LEAR quite like this. Join us in the amazing interior of the Saint Charles Borromeo Church in Brooklyn Heights for a modern gothic take on one of Shakespeare’s most beloved tragedies. You will be at the center of the action as we explore both the humor (Yes! Humor!) and poignancy of the challenges of the aging body and mind in this timeless story of family greed and failure to communicate. Well known New York Indie Theater actor [and Heights resident] David Fuller stars as King Lear, and Kim Sullivan (Classical Theatre of Harlem) is Gloucester in this 15 member diverse and top notch cast.

Following the play’s run at St. Charles Borromeo, on the weekend of June 13-15, there will be three free outdoor performances, each starting at 7:00 p.m., on Pier 1, Brooklyn Bridge Park. No reservations are required.

See our review of Theater 2020′s production of Candide in February of this year. 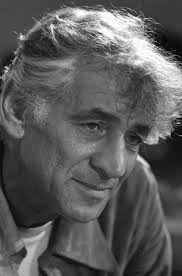