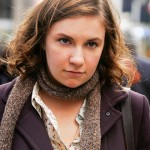 Lena Dunham, creator, producer, director, writer & star of HBO’s freshman hit “Girls,” who grew up in Brooklyn Heights—and as we reported was planning a return to the nabe—purchased her Heights 1-bedroom, 800 sf digs on Hicks Street in mid-March, according to a frisky Q&A in The New York Times Sunday magazine and a post on RealEstalker.

In the NYT interview, writer Andrew Gold asks, “Are you moving to cool, young Williamsburg or established, family-oriented Brooklyn Heights?” Dunham’s typically dry, tongue-in-cheek response: “Brooklyn Heights. We lived there all through my high-school career, so I have an intense attachment to it. Other people think of Brooklyn Heights as where you become elderly, but I think of it as where you try pot for the first time.”

Gold also queries: “I was shocked to learn you were living with your parents [during] the first season of ‘Girls.’ Moving back in with Mom and Dad after school is one reason that Gen Xers like myself privately disparage people of your generation.”

Dunham replies, “When I was graduating, I remember my parents’ surprise. They were like, ‘Do you realize that none of us would have accepted help from our parents?’ They were shocked by what my friends were settling for. But I really love living with my parents. Few people who aren’t in my family understand it. This is my next to last night at my parents’ house. I just got back from my new apartment in Brooklyn, where I’m doing some vague remodeling and painting of dank walls.”

The 25 year old was raised in Soho, Brooklyn Heights and Tribeca, and attended St. Ann’s School in the Heights (with co-star Jemima Kirke). Her mother is photographer and artist Laurie Simmons and her father is renowned painter Carroll Dunham, who also live in Brooklyn Heights.

“Girls” has been renewed for a second season on HBO, while Dunham is also drafting a screenplay of “Dash & Lily’s Book of Dares,” commissioned by producer Scott Rudin. Her rising star has also been noted by Forbes magazine, which recently included her in the entertainment category of its “30 under 30″ list of young people whose careers are worth watching.

Jack Antonoff of fun. Talks About His Brooklyn Heights Apartment with Lena Dunham

Reflections On 1974 Brooklyn Heights From A BHB Reader