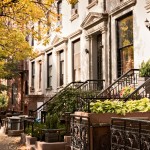 Rents in all of Brooklyn ticked up 2% in May 2012 and are a robust 10% higher than one year ago, according to the Brooklyn Rental Market Report released Friday by brokerage MNS. Brooklyn Heights, meanwhile, remained relatively flat from May 2011 to May 2012. Park Slope showed the largest jump year-over-year gains, with a 40% increase in rents; while DUMBO posts the highest rentals in all of the borough, followed by the Heights and Williamsburg.

NMS says, “It’s worth noting that for under $2,000, you can still rent a studio apartment in (Brooklyn Heights), one of the most beautiful and established locations in Brooklyn. Only (here) is the average studio rent ($1,914) less than half the average rent for a two-bedroom ($4,763), representing a significant incentive to live solo in this neighborhood.”

To compare and contrast all Brooklyn neighborhoods, see the MNS PDF here.