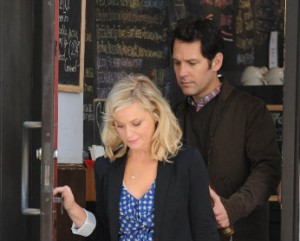 BHB reader/Brooklyn Heights resident @joshisagoodman alerted us to a movie shoot at Clark and Henry Streets via Twitter today for They Came Together. The film is scheduled for a 2014 release and is directed and co-written by David Wain (The State

Mrs. Fink sent us an urgent dispatch during our “grownup workday” that Amy Poehler and Paul Rudd (who has done a number of projects with Wain) were filming scenes at Tazza. Check out social media reports from our Brooklyn Heights neighbors after the jump.

Weeniegate Raises Question: Why Can’t We Have Nice Things?