On May 22,  folks at Brooklyn Tattoo [99 Smith Street] will be offering $28 Brooklyn Bridge Tattoo special to celebrate the historic span’s 128th anniversary.

The stunt started last year and was so successful they’ve decided to do it again.

Brooklyn Tattoo’s Adam Suerte comments via press release, ”We had a great time last year tattooing between 60-70 bridges on prideful residents of the County of Kings, and fans of the Bridge. I tattoo at least a half dozen Bridges on people every month, I would say it’s the most tattooed homage to Brooklyn and NY there is.”

This year adding to the festivities will be an accompanying art show at newly opened Urban Folk Art Gallery on May 20 from 7pm to 11pm.

If you’re not the tattooing type, there will also be signed and numbered “flash sheets” of this years designs available for purchase as well as commemorative t-shirts. 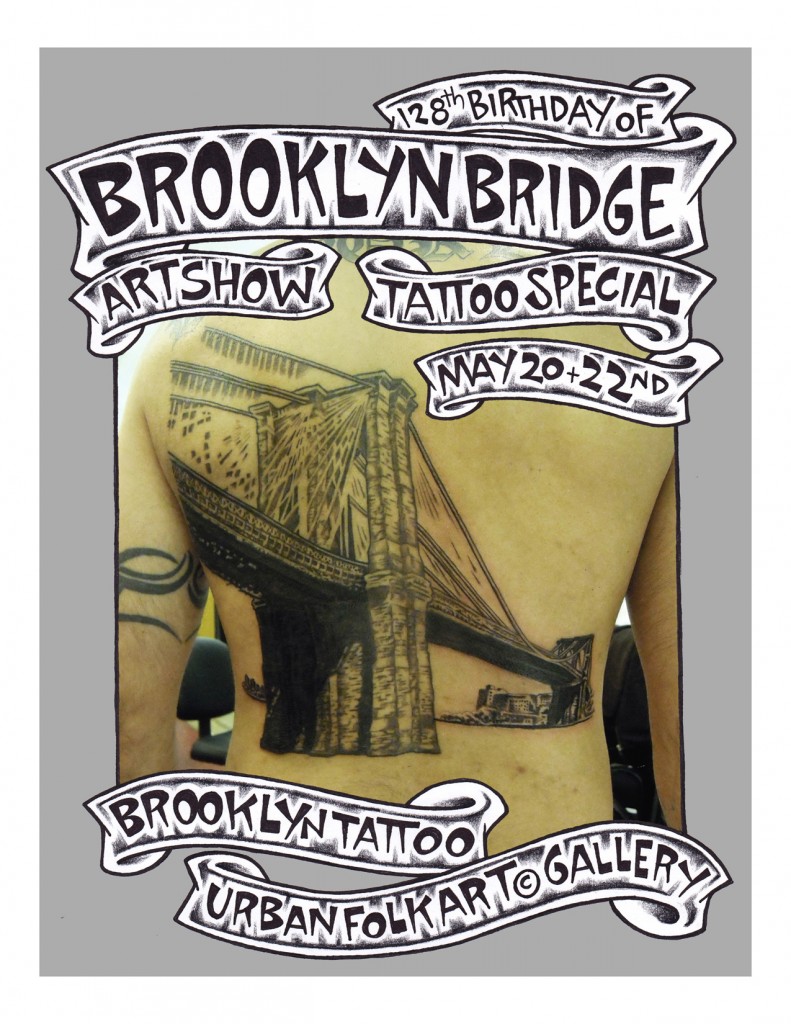 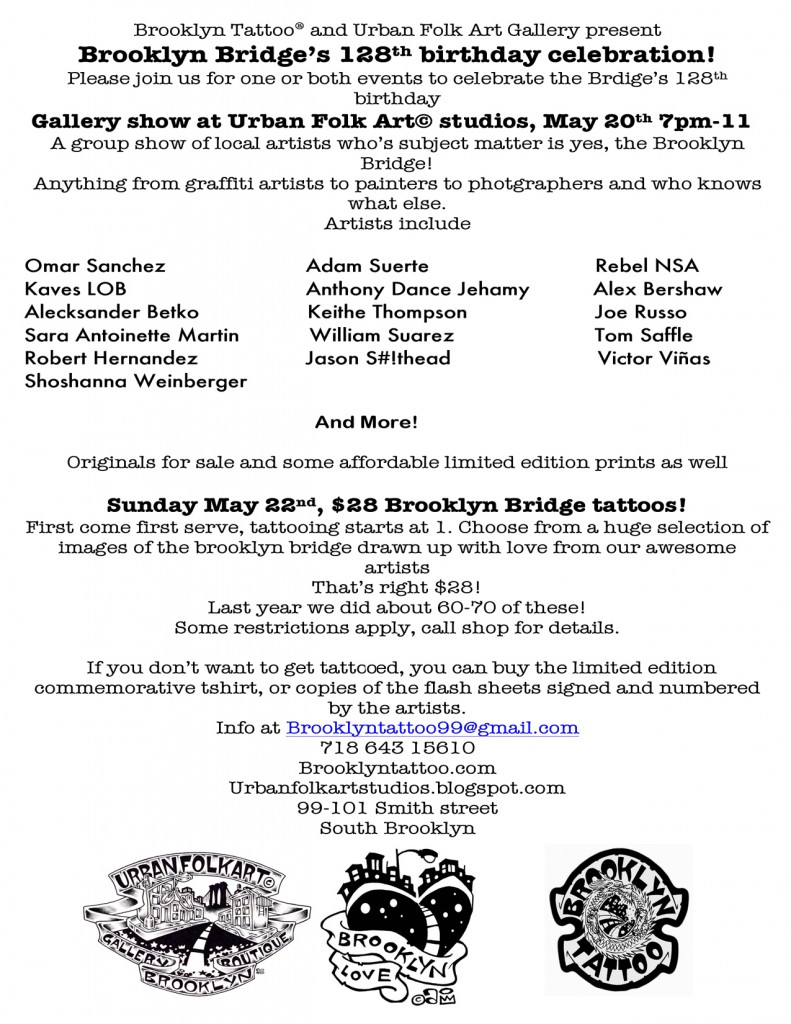