Recently, I was flipping around the TV, searching for a good documentary (perhaps one on Hitler’s relationship with Albert Speer, or Hitler’s down-time at Berchtesgaden, or what happened to the girls on Facts of Life, or the Third Reich’s fascination with Tibetan Buddhism).

But suddenly my attention was grabbed by a commercial which appeared to be an Old Spice ad featuring songs by the Dropkick Murphys performed by the San Francisco Gay Men’s Choir. Startled, dislocated, and addlepated, I wondered “What is this strange apparition befouling and befuddling my eyes and ears, distracting me from the briny, snappy pleasures of the tall glass of Clamato and horseradish I have in front of me?”

Soon, I realized I was watching an ad for Sting’s new musical, The Last Ship, which is set to open shortly, hopefully before either the Mammoth Lakes Caldera or the Yellowstone Caldera blows.

And I thought to myself, “My, this Sting fellow has certainly come a long way for someone who used to play bass with Wayne County. Now…I once played bass for Jack Rabid, so like Sting, my musical life began in some very humble crevices. Perhaps I, too, can aspire to the grand heights of musical theatre!” 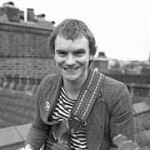 Sting, a long time before he even dreamt of writing musicals that might be disrupted by the blowing of the Mammoth Lakes Caldera.

Now, I’ve met Sting, and he is a person, that’s for sure. He was endlessly pretentious and pretentious towards no end; which is to say, his pretension was neither charming nor impressive, and merely served to be offensive. He appeared to have a virtually Papa Doc-esque contempt for the common man, and he seemed like the kind of person who, if you were hit by a taxi, would say hissed “Good! He mis-pronounced ‘Borges’!” (As in Luis, not Victor). But nevertheless, he has inspired me take a stab at creating my own lasting monument to the great tradition of musical theatre.

Under the name Lucia Grande, I have composed a musical called You Can Put Skim Milk In Your Coffee…But You Can’t Put Half & Half on Your Cereal! 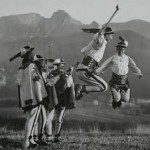 Polish people of varying happiness dancing the Zbójnicki. You thought I was making the “Zbójnicki” up, didn’t you? Nuh-uh.

You Can Put Skim Milk In Your Coffee…But You Can’t Put Half & Half on Your Cereal! takes place in a Northern English mining town located in the Polish countryside about 45 minutes outside of Gdansk. Lay-offs at the local shipyards have forced the school to fire their only dancing instructor, who hangs himself while listening to “The Logical Song” by Supertramp. The suicide greatly distresses a young boy who dreams of perfecting the difficult Polish folk dance the Zbójnicki; with the death of the dancing teacher, the Boy feels his hopes are smashed. Resigned to having to sell rags, light bulbs, and used Aglets (the little plastic bits at the end of shoelaces) on a street corner in Gdansk, the boy enters a local pub and begins to thrown back shots of Żołądkowa Gorzka, chased with a pint of Newcastle Brown Ale. A crippled, broken drunk dressed in newspapers hobbles in, sits next to the Boy, and explains to the lad that he has not worked since Charlotte Rae was a young girl, and that the local economy “smells worse than Tim Tebow and Jamie Shupak making love in an abattoir.” But it is soon revealed that when he was young, the drunk was renown throughout the North of England as the world’s greatest Zbójnicki dancer! The drunk, whose name is Desmond Child And Rouge, resolves to teach the young lad everything he knows about the Zbójnicki! 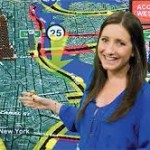 Jamie Shupak, a miniature traffic reporter who is going to wonder why the hell she is mentioned here.

Over the next six acts (an entire two acts will be devoted to the boy’s mother attempting to musically explain the plot of Tarkovsky’s version of Solaris, which she will keeps on confusing with an particularly uninteresting episode of Battlestar Galactica), the Boy attempts to master the Zbójnicki, with the hope that his courage and resolve will raise the spirits of the depressed, cucumber-eating townspeople.

Of course it all goes horribly wrong. A heartless industrialist from Birmingham, Poland decides to round up all the local puppies and sell them to Cruel Russians to be used as Dumpling Fodder. But a local internet hacker foils the plan by stealing the credit card info of the industrialist, using the money to hire the old drunk cripple as the town’s new dancing instructor! The hacker also finds a legendary surgeon, a charming female named Dr. A’tlanta R’hyhtm S’ection, to operate on the crippled dancing instructor and restore him to health. However, the surgery fails, and the dancing instructor dies a gruesome and painful death on the operating table cursing God and claiming that singer Gerry Rafferty and ventriloquists’ dummy Jerry Mahoney are fighting each other for his eternal soul. The Boy swears to honor his memory by teaching the whole town to dance! His pluck makes even the grumpy old people in the town laugh and dance, including Grzegorz the old Concentration Camp Guard (humorously played by Pat Harrington Jr.). The boy is resolved to lead his town into brighter times! He will revive the tradition of the Zbójnicki, and as the curtain falls on the penultimate act, the boy and the entire town is happily dancing the Zbójnicki, and the boy’s mother is explaining the plot of the entire series arc of Clarissa Explains It All, though she is confusing it with the film version of Graham Greene’s Our Man In Havana. 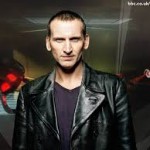 Christopher Eccleston. He has nothing to do with this story, but he was a GREAT Doctor.

But the Boy doesn’t care anymore! In Act 6, his new dream is to rename “Friday” “Frifftay” and in order to support this endeavor and bribe the necessary powers-that-be at the Oxford English Dictionary, he writes a “jukebox” musical based on the music of the Atlanta Rhythm Section; he then stages this in a small English seaside town outside of Gdansk called Morecambe. However, he falls in love with the musical’s star, Polish Jamie Shupak, and together, they move to “The Big City” (Warsaw) and start a dance studio. Polish Jamie and the Boy commemorate the opening of the studio by staging a production of Paul Simon’s musical The Capeman. The production fails miserably and the show ends with the Boy and Polish Jamie Shupak committing suicide by driving their Mopeds off of Brighton Pier and into the muddy Vistula River snaking through Gdansk. They survive the suicide attempt and vow to triumph over adversity via pragmatism and pluck, as exemplified by the stirring title song “You can put skim milk in your coffee, but you can’t put Half & Half in your cereal.”

Alternately, Jack and I can start another band. That will show Sting!

(This column is dedicated to one of the kindest and wittiest men I’ve ever known, Patrick Lee, a theatre critic who would not have tolerated, not for one nano-second, the kind of fuckery I suspect Sting is preparing to foist on Broadway.)