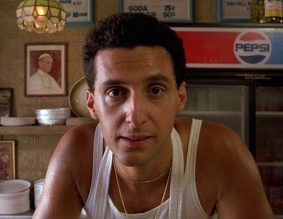 Before Calebs, Britaleys and other trust fund hipsters moved to Brooklyn and made everything artisanal, these movies showcased a grittier, and less pretentious, time.

Immerse yourself in these 5 Positively Brooklyn movies.

A cast of all-stars, including George Segal, play a group of Jewish men travelling to the funeral of a friend who died at 41. It’s a regular odyssey through pre-hipster Brooklyn…or what we call BROOKLYN. Gilbert Gottfried discussed the flick on this podcast this week:

Barbra Stressand at her kookiest. A great car chase through Downtown Brooklyn. Break out the knishes and enjoy! It couldn’t hurt.

Pacino. One of his best roles and based on a true story. Want to know what Brooklyn and New York City were like in the 1970s? This is THE flick to watch.

Beau Bridges stars as a Park Slope gentrifier in this 1970 Hal Ashby film. Some great vintage shots of that neighborhood and Brooklyn Heights as well. Added bonus is an appearance from the legendary Pearl Bailey.

Do The Right Thing

They don’t make New York summers like this anymore. Thankgod. However, this film stands the test of time and serves as a document of an era when New York City and Brooklyn were a powder keg of conflict.