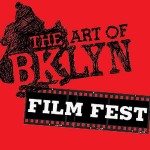 Massive Mess: 111-115 Montague Street Sidewalk Will Be In Tatters For 3 Months

Glenn Markman on Dellarocco’s, the Beach Shack, the Nets, and Brooklyn’s Future