The First Notion Of Brooklyn Bridge Park… In 1988 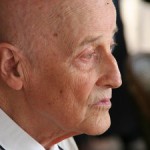 Ever wondered how the notion of building a park along the Brooklyn Heights waterfront came to pass? Henrik Korgius, Editor of the Brooklyn Daily Eagle and BHB hero, offers details of its will to launch, beginning in 1988.

He writes, “Brooklyn Bridge Park is a very different place since the first ‘American Landscape’ plan in the form of a Harbor Park, sponsored by the Brooklyn Heights Association and designed by Terry Schnadelbach, was presented in 1988. Protracted struggle with the Port Authority, which wanted to replace the piers that closed in 1983 with housing along the stretch below the Promenade, lasted beyond 1992, (when) then Borough President Howard Golden pushed a separate Brooklyn Harbor plan calling for food stalls and other concessions on a mainly paved area.”