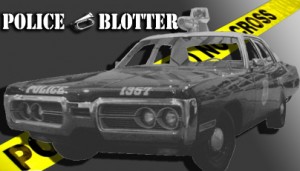 Police are seeking three men suspected of hitting the Sovereign branch at 195 Montague Street in Brooklyn Heights at about 10:20 a.m. last Thursday. The New York Post reports that one of the thugs barked at a teller, “Put all the money on the counter! No dye pack! And don’t make me use the gun!” The teller complied, and the robber stuffed a wad of bills into a bag as an accomplice served as lookout. The third then whipped out a black semiautomatic pistol from under a newspaper and yelled, “I don’t wanna shoot anyone!” All three then fled with an undisclosed amount of money. A pic of two of the bank robbers is here.