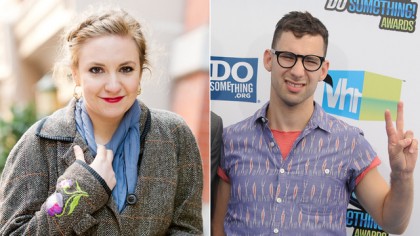 Here’s a tip for BHB followers who adore celebrity gazing in the neighborhood… Brooklyn Heights’ resident and Emmy-nominated creator, star and writer of HBO’s “Girls” Lena Dunham obviously believes that girls just wanna have fun. According to Gawker, the 26 year old is dating indie rock dork Jack Antonoff from American band fun., whose Queen-esque anthem “We Are Young” reached No. 1 in the U.S. and the U.K. this spring.

A Dunham confidante told “Us” mag, “They’re trying to keep it a secret,” despite Dunham previously describing her love life as a string of “multiple gay ex-boyfriends.” The couple recently made a video for The New Yorker together, and Dunham has requested a fun. song for the sophomore season of “Girls.” Wow, politics and stargazing on BHB on the same day. Wowsah!

How Sweet It Is: Recycling Resumes This Week